A 21-year-old German soccer player named Thomas Muller burst onto the world stage like a man-child at the 2010 FIFA World Cup. On Tuesday, he dropped “child” from his label and simply became the man.

Muller was the most influential player in Bayern Munich’s 4-0 thrashing of FC Barcelona — quite a statement considering the occasion and players with whom he shared the field.

Bayern Munich hosted Barcelona in the first leg of their UEFA Champions League semifinal matchup. The meeting between the two superpowers featured names familiar even to casual followers of the game.

Bayern Munich and Germany captain Philipp Lahm led his team alongside longtime sidekick Bastian Schweinsteiger. Frank Ribery and Arjen Robben ran the flanks, as they have done in the two most recent World Cup finals.

Barcelona fielded a team of players that have won a host of trophies for club and country in recent years. Gerrard Pique, Xavi and Andres Iniesta are fixtures of this late stage of the Champions League, as is Brazilian fullback Dani Alves. Lest we not forget, a guy named Lionel Messi was out there. He was clearly limited by his recent hamstring injury, but he still played 90 minutes.

However, Muller stole the show. He may not have dominated and dictated the flow of the game, but he was a central figure in the contest’s decisive moments — namely the goals. He opened the scoring in the 25th minute by popping up at the far post to head Dante‘s headed cross past goalkeeper Victor Valdes. Early in the second half, he channeled his inner Dante to create the second goal. Like his teammate, he out-jumped Alves at the far post and headed the ball straight to Mario Gomez who tapped it home (he appeared to be offside, but we’ll have more on that later).

Robben made it 3-0 in the 73rd minute with a cool finish, but Muller was the one who made it possible. He body checked Barcelona defender Jordi Alba as he tried to contain Robben in the area. With no defender closing him down, Robben had enough time to pick and hit his spot with an accurate, left-footed shot to the far post.

Muller himself made it a rout by scoring the fourth goal in the 82nd minute. He outraced a trailing defender, slid and tapped home David Alaba‘s cross to effectively seal Bayern’s place in the final. Adding to the legend is the fact that, the Bayern talisman had suffered an injury a few minutes earlier and signaled to the bench that he needed to be substituted. The ball never went out of play, so Muller had to stay on the field. It’s a good thing he did, as he celebrated his way to the bench when Claudio Pizarro replaced him after the goal.

Sure, there’s more to life and soccer than goals. When Bayern didn’t possess the ball (Barca had it for 63 percent of the game), Muller helped his team keep that “perfect” defensive shape. When he did apply pressure, it became difficult for Barcelona’s holding midfielder Sergio Busquets and defenders Pique and Marc Bartara to contribute anything to their team’s attack. Muller’s involvement in each of the goals is merely a simple way to highlight his devastating effectiveness, but his tactical discipline and boundless energy did not go unnoticed.

Muller is only 23 years old, but he has already amassed an amount of big-game experience that most players won’t match over the course of their entire careers. At club level, he has played in two Champions League finals (scoring in one) and two German Cup finals. This is in addition to the many crucial Bundesliga games he has played in the last four campaigns, two of which ended with Bayern sitting atop the league.

Tuesday’s result doesn’t necessarily herald the end of Barcelona’s era of dominance or a changing of the guard at soccer’s apex. An unfit Messi, a backline which included untested 22-year old Marc Bartra and the small matter of three controversial goals poke too many holes in that theory.  These two teams will play the second leg next week and anything can happen.

What is beyond doubt is Muller’s continued excellence, and that should scare anyone not in the Bayern or Germany camp. In less than four years, he has progressed from being an unheralded product of Bayern’s youth system to a genuinely world-class player. He is capable of playing with and against the game’s brightest stars on its grandest stages and deciding the outcome of soccer’s biggest games.

Tuesday’s contest wasn’t so much a changing of top teams. It was more of a subtle shift in the ranks of the elite players — the best of the best. Lahm, Xavi, Iniesta and others mentioned above are either approaching or passing the age of 30. Their physical skills and influence will begin to erode. It happens to every player at some point in their career.

In the coming years, a new crop of players will step forward and become leaders and difference makers Europe’s top teams. They will join Muller, who is already there. His continued progress will be a determining factor in the success or failure of Pep Guardiola‘s tenure as Bayern’s head coach.

German soccer has been on the rise in recent years, and pundits are predicting a bright future for that country’s clubs and national teams. But the future is now, and Muller must be the face of it. From what he has achieved so far in his career, it looks like it’s only a matter of time before he wins the FIFA Ballon d’Or. That will probably happen sooner rather than later. 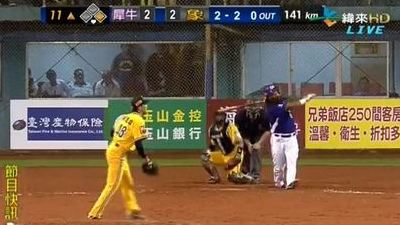