The UMass football program is offering the nearly 4,500 runners who were unable to complete Monday’s Boston Marathon the chance to do so in ceremonial fashion at Saturday’s spring game.

At halftime, marathoners who sign up will be able to run a lap around Amherst’s McGuirk Stadium and cross a “finish line” set up at midfield while their names are displayed on the stadium’s video board.

“Competing in the Boston Marathon is a lifetime achievement and something to be celebrated,” head coach Charlie Molnar said in a statement. “These runners deserve to finish what they started and we hope we can provide that for them. We want them to have that feeling of coming down the home stretch to the sound of applause and to have their friends and families greet them as they cross the line.”

The Minutemen will also wear commemorative stickers on their helmets in honor of the victims and first responders. 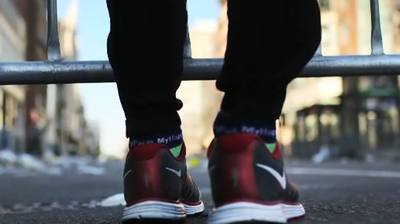