University of New Hampshire senior Cameron Lyle thought nothing of going to a bone marrow registry two years ago.

However, what was considered a one-in-five-million chance of happening has occurred. Lyle was found as a match for a 28-year-old man suffering from lymphoblastic leukemia. Without a transplant, the man would have only had six months left to live.

Lyle’s case is unique, however. He is a senior on the UNH track team, participating in shot put and the hammer throw. Choosing to donate bone marrow would ultimately end his track career for the Wildcats. But the Plaistow, N.H., native found it to be a quite easy decision to make.

“It was kind of a no-brainer for a decent human,” he told ABC News. “I couldn’t imagine just waiting. He could have been waiting for years for a match. I’d hope that someone would donate to me if I needed it.”

Lyle’s procedure will take place Wednesday morning at Mass General Hospital in Boston. Check out more about Lyle’s story in the video below. 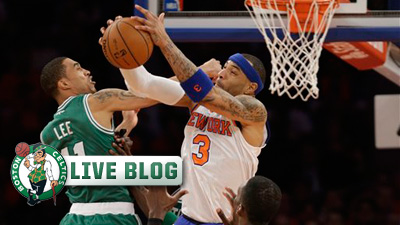