Denmark was ranked as the world’s happiest country in 2010, probably because its citizens have the privilege of witnessing goals like this.

In the 32nd minute of a Danish SAS-Ligaen — Denmark’s top-tier league — matchup between home side Esbjerg FB and Randers FC, 20-year-old Esbjerg winger Youssef Toutouh delivered one of the most impressive goals of the year.

After receiving a deflected goal-kick just outside of the offensive zone, Toutouh popped the ball into the air, then swiftly snuck around the unsuspecting defender before catching the ball on the fly and sending a blistering shot well beyond the goalkeeper’s reach.

The goal helped to spur sixth place Esbjerg to victory. It would go on to dominate the second half netting three more goals after Toutouh’s first-half stinger, defeating 3rd-place Randers by a final score of 4-0.

Check out Toutouh’s tremendous goal from distance in the video below. 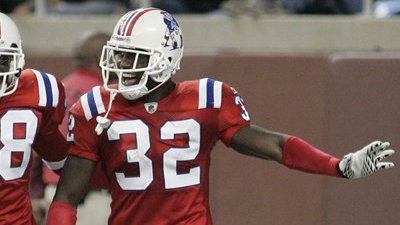 Devin McCourty Promises to Donate $100 Per Tackle, $200 Per Interception to Victims of Boston Marathon Bombing