Bill Russell has 11 championship rings, so even if he wanted to wear them all at once, he couldn’t fit them on his fingers. Poor guy.

Russell is the only NBA player who can describe what it is like to win 11 individual championships. As he has said many times, he did not win 11 titles. He won single titles in 11 different years. That distinction is important, in Russell’s mind, because every season is different and unique in its own right.

In a new TV spot for the NBA playoffs, Russell offers the voiceover to ESPN’s “A Champion Will Rise” ad campaign. Considering it is just a commercial, the result is pretty chilling. 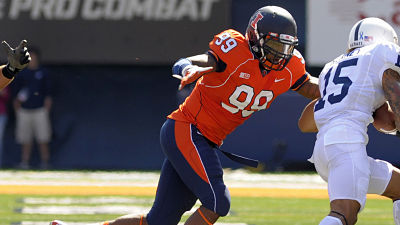