Bears head coach Marc Trestman is an offensive innovator, and the Chicago offense is already starting to see some of the changes.

During the Bears’ rookie camp over the weekend, Trestman had second-year quarterback Matt Blanchard wearing a special helmet with a video camera attached to it.

Trestman is using the camera to help track what his quarterback sees, primarily how he’s going through his progressions and how he’s reading through coverages. Blanchard was the test case for the experiment but assuming it went well, starting quarterback Jay Cutler could also be sporting one of these at Bears practices throughout the year.

Using a camera to follow the quarterback’s eyes as the play develops is a pretty ingenious idea, and it’s almost confusing why no one has thought to do something like this before. Either way, this is something that will undoubtedly catch on around the league and is exactly the type of innovative measure the Bears were envisioning when they decided to hire Trestman.

Check out a photo of Blanchard wearing the tiny camera on his helmet below. 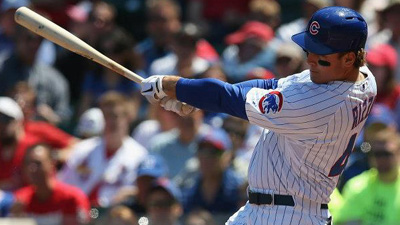