Jaromir Jagr is 41 years old. He has two Stanley Cup rings. He’s got piles and piles of trophies and other hardware. He’s made a couple boatloads of money. He’s one of the greatest ever to lace up the skates, and he’ll be enshrined into the Hall of Fame shortly after he finally hangs ’em up.

But if you watched Jagr play Monday night in Game 3 of the Bruins’ first-round matchup with the Toronto Maple Leafs, you believe the old man was a rookie chasing down his first Cup.

Either that, or you might have gotten a better understanding as to why he’s a legend.

Jagr was “vintage Jagr” in Game 3, one of the best players in the building as the Bruins quieted a rowdy Air Canada Centre crowd on the way to a 5-2 win. He may not have filled up the statsheet — although he did have an assist and six shots in 15:18 of ice time — but it was clear to see that he still has at least a little something left.

It’s not surprising that Jagr impressed his head coach, either.

It hasn’t necessarily been a smooth ride for Jagr since he joined Boston at the trade deadline. Jagr has already seen multiple linemates next to him, and he also battled some pretty gnarly flu-like symptoms in the final weeks of the season and even into the postseason.

If Jagr’s play Monday was any indication, he’s starting to feel a lot better.

“The fact that he hadn’t been doing as much as he’d like to because of circumstances, he was determined to be a difference-maker tonight and help our team,” Julien continued. “I thought he did a great job. The other two guys [linemates Chris Kelly and Rich Peverley] were a lot more comfortable with him tonight. Talking and practicing together and that kind of stuff certainly helped. I thought he was strong on the puck and I know that every time he has it, they need one or two guys on him to take it away and that means somebody’s open. So he does a great job of that. I thought he was on top of his game tonight.”

Credit the Bruins, too, in Jagr’s assimilation to the hockey club. Julien and the B’s haven’t reigned Jagr in at all, and they’re letting Jagr do what he wants offensively. Listening to Julien, though, that decision sounds like it was a no-brainer.

Even though Jagr isn’t quite the player he was during his prime — that’s probably understating it some — it’s clear on nights like Monday that he still has plenty to offer. That’s especially true for a team like the Bruins whose offense goes dormant from time to time.

“He still has a lot of skill,” Julien said. “The only thing he’s lost, and he’ll be the first to tell you, is a little bit of speed. But he hasn’t lost his creativity, he hasn’t lost his hands and he’s strong on the puck. I’ve seen so many times where I thought he lost it, and he gets it back. He doesn’t give it up that easy. He’s a smart player, and he studies the game a lot. He always works within his strengths. He knows what his strengths are and he knows what his weaknesses are, and that’s what good players do. They take advantage of their strengths throughout their whole career.”

Very few have done that better than Jagr. 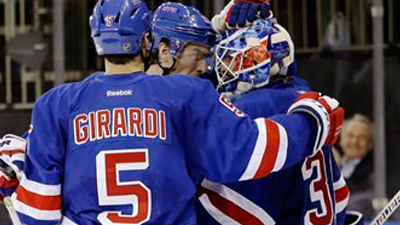 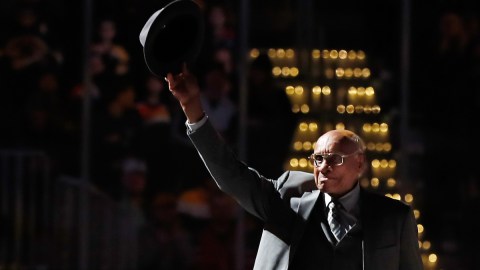