Danny Woodhead Will Be Hard for Patriots to Replace, But Shane Vereen Is Ready to Embrace Opportunity - NESN.com Skip to content FOXBORO, Mass. — Danny Woodhead played the role of leader for the Patriots’ running backs the past few seasons. But there will have to be a new leader in that room this season.

After three seasons with the Patriots, Woodhead signed with the San Diego Chargers this offseason leaving a void in the Patriots backfield and in the locker room. His departure complicated things for the offense as a whole but it was an especially difficult for fellow running backs Shane Vereen and Stevan Ridley.

“It’s going to be hard to replace a guy like Woody,” Vereen said at Gillette Stadium on Tuesday. “He had a lot of experience. He had a lot of knowledge. He’s a smart player. His role was pretty key to the team. I learned a lot from him. You can’t really replace him. All you can do is move on and hope to get better from there.

Woodhead was something of a mentor for Vereen over the past two seasons, helping him develop into the versatile player who exploded for three touchdowns in the Patriots’ playoff win over the Texans earlier this year. But Vereen knows that the NFL is a business, so he’s looking away from the past and just focusing on the future that lies ahead of him.

Just as one mentor left, though, another entered for Vereen.

The Patriots signed running back/return specialist Leon Washington during free agency, adding another versatile tailback to the mix with Ridley and Vereen. Similar to Vereen and Woodhead, Washington has served as a change-of-pace back for the past seven seasons both with the Jets and Seahawks. He has plenty of wisdom to impart from his successful NFL career, and Vereen has already been listening and learning.

“Oh, definitely, definitely. I’ve spent some time with him,” Vereen said. “Like I said, we work out and train almost every day. He’s an awesome guy — he works hard too. I’ve talked to him about his experiences and learned from him, and I’ll continue to.”

Vereen’s breakout playoff performance was just a preview of what the shifty speedster is capable of, and Washington’s guidance will only help further establish him.

In 13 games last season, Vereen averaged better than four yards per carry and proved to be a threat as a receiver, averaging nearly 19 yards per catch. Those stats are a bit skewed, as they’re representative of small sample sizes (62 rushes and eight catches on the season), but his touches should increase significantly next season with Woodhead gone. And he knows what he needs to do to make that possibility a reality.

“I think consistency, personally,” Vereen said of where he needs to improve. “Just be more consistent. Be more reliable. That comes with practice and that comes with time, so hopefully we’ll get there.”

Time isn’t the issue for Vereen, he’s got plenty to work with before the start of training camp. But the Patriots will be expecting some level of consistency, which his lingering injuries have limited.

Fortunately, he’s been able to learn from Mr. Consistency in Woodhead since his first days in the NFL. Now, it’s Vereen’s time to seize the opportunity, which he seems more than ready to do. 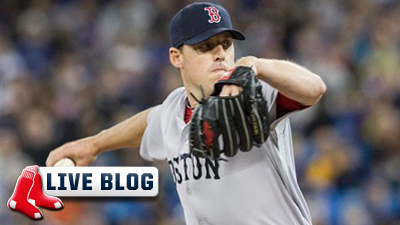