Doc Rivers' Future With Celtics Uncertain As Coach Will Make Decision Whether to Return - NESN.com Skip to content BOSTON — When Kevin Garnett went to the bench with 18 seconds left and the Celtics trailing by seven points, the crowd at TD Garden stood and gave him a rousing, sustained ovation. Despite Garnett having two more years on his contract, the fans realized there was a chance that could be their final opportunity to salute him in a Celtics uniform.

There was no such applause given specifically to Doc Rivers, the coach who teamed with Garnett to bring the city its 17th NBA championship and whose future is also uncertain. Most fans probably have not even pondered the possibility that Rivers might not be back on the bench for a 10th season. Yet while Rivers is under contract, he basically operates on a year-to-year basis at this point.

Rivers sounded reflective after the 88-80 loss to the Knicks on Friday, which knocked the Celtics out of the playoffs, but he would not commit to saying whether he will return as the team’s coach next season.

“I’ve given it zero thought,” Rivers said. “I don’t think about any of that stuff. Danny [Ainge] knows me pretty well. I immerse myself. That’s the only way I can do it, probably to a fault, pretty much unlivable during the year. So I don’t know.”

Rivers expects Ainge, the Celtics’ president of basketball operations, to give him at least a week before he calls to discuss Rivers’ future. In the meantime, Rivers jokingly said he would watch cartoons, but he sounded like a coach about to get back to watching game film, not an unemployed 51-year-old settling in to watch re-runs of Scooby Doo. He quoted the little girl in the AT&T commercial saying, “We want more,” in looking ahead to how the roster needs to be constructed around Garnett and Paul Pierce.

Returning next season will be a decision, Rivers acknowledged, not simply a rubber stamp on his contract, guaranteeing he will be back.

“I’m not leaning that way, not coming back, I can tell you that,” Rivers said. “If I told you right now, I’m coming back. But like I said, I immerse myself. I need to just detox. Then, we’ll find out.” 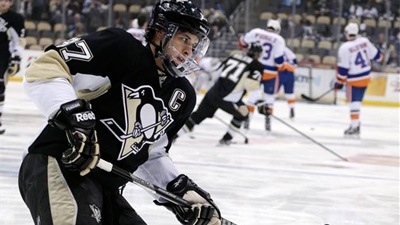