You can forgive Fabio Coentrao for being a little distracted. After all, the turmoil and infighting going on at Real Madrid could make anyone lose focus.

Coentrao was at the center of one of the soccer season’s great bloopers on Saturday. The Portuguese fullback sat on the bench — as he often does — just before Real Madrid’s game against Espanyol. The problem is that he wasn’t supposed to be there.

Coentrao wasn’t included in Real Madrid’s 18-man gameday squad, meaning he should have been watching the game from a luxury box alongside Pepe, Sergio Ramos and other spectating teammates.

As Coentrao sat down, Iker Casillas (who has grown increasingly familiar to the view from the bench) was the only one who seemed to notice something wrong. Casillas whispered something to Coentrao — we’ll bet it was “what are you doing here?” — but it still didn’t register.

It was only after Coentrao’s other teammates caught on and started mocking him that he realized his mistake. He got up to leave, but it was already too late. Under-fire manager Jose Mourinho joined in the fun. Cristiano Ronaldo then confirmed what most were thinking: Coentrao’s a bit of a space cadet.

Watch Coentrao take the seat of shame in the video below. 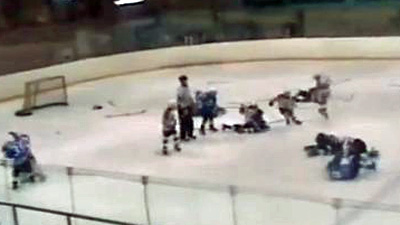