Ousted NBA players’ association executive director Billy Hunter alleges in a lawsuit that president Derek Fisher had a secret deal with owners during the 2011 lockout that benefited himself, his publicist and certain players.

Hunter contends that Fisher undermined Hunter’s efforts to make an agreement and interfered with his position by secretly negotiating with select owners in violation of union bylaws.

Filed Thursday in California Superior Court, the suit seeks unspecified damages for defamation and breach of contract. It also names the National Basketball Players Association and Jamie Wior, Fisher’s publicist, and says Fisher and Wior worked after the lockout ended “to terminate his employment without cause and in violation of his contract.”

“Wior harbored aspirations to assume a position of responsibility with the NBPA,” the suit says. “She set out to craft a new public persona for Fisher, taking control of his media appearances and public statements and encouraging him to overreach his authority.”

Hunter was ousted in February following an investigation into his business practices that found no illegal conduct but cited several conflicts of interest, questionable business decisions and hiring practices. Fisher finished the season with the Oklahoma City Thunder.

“It’s unfortunate that I must take this action against an organization where I had the privilege of working with many dedicated associates over 17 years,” Hunter said in a statement. “I’m proud of our record of achievement on behalf of players during my tenure as Executive Director and will continue to stand up for their interests. But I cannot let stand attacks on my character or accept what has been done.”

The suit says owners were aided by Fisher when they locked out players in July 2011 after the expiration of the last collective bargaining agreement. It says the veteran guard realized he could have been on his last contract as a player, so he wanted to secure a “soft landing” after his career by keeping good relations with the league and team owners, even while Hunter was committed to a firm stance.

“Unbeknownst to Hunter, however, Fisher was secretly negotiating with the Certain Owners — on his own and without any authority — to settle the negotiations on terms less favorable to the players,” the suit says.

“The NBPA’s Constitution and By-Laws vest in Hunter the sole right to conduct collective bargaining negotiations on behalf of the Union. Fisher’s interference in the negotiations exceeded his authority and undermined the Union’s negotiating power. Wior’s interference was completely without authority or basis. Ultimately, the players accepted a new CBA that left them with a greatly reduced share of the NBA’s revenues.”

The lockout ended in November 2011 with players’ receiving a 50-50 split of basketball-related income, after they were guaranteed 57 percent in the previous deal. The relationship between Hunter and Fisher at times seemed strained, with Fisher often speaking to reporters alone after bargaining sessions while Hunter left quickly.

Fisher said he had just learned of the lawsuit before meeting with reporters in Oklahoma City and didn’t want to comment.

“Obviously in any type of legal situation, you have to be very careful about what you say. So, I guess at the appropriate time I’ll be able to respond or make a statement,” he said.

Hunter led the union since 1996, before he was voted out during the All-Star break with more than $10.5 million left on his contract. 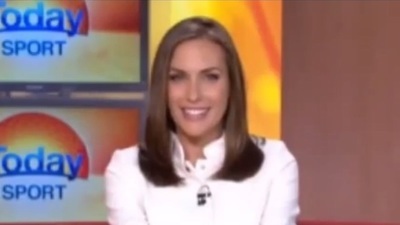