Geno Smith Signs With Jay-Z's Roc Nation Sports Agency, But Stresses His Focus Will Be on Football - NESN.com Skip to content The New York Jets rookie quarterback has chosen the rap artist’s new Roc Nation Sports to represent him. Smith, who slipped out of the first round last month and fell to the Jets in the second round at No. 39 overall, fired his agents — Select Sports — shortly after the NFL draft.

The former West Virginia star met with a handful of agents before announcing Wednesday that he had chosen Jay-Z’s agency, which is partnered with Creative Artists Agency. Smith insisted after practice that Jay-Z didn’t play “that big of a role” in his final decision — although the quarterback recently tweeted a photo of him with the hip-hop star.

Kimberly Miale, recently hired by Jay-Z, whose given name is Shawn Carter, will serve as Smith’s contract agent. Smith will be Miale’s first NFL client.

Smith, who is competing with Mark Sanchez among others for the team’s starting job, said the decision to go with Jay-Z is not an indication that he’s focused on his image and marketing opportunities — as speculated by some.

“It’s not that important to me, honestly,” Smith said. “The only thing that’s important to me is the image that’s perceived around this locker room, the guy I am to my teammates, to my coaches and the work I put in on the football field. I’m all about football.

“I’m all about getting better.”

Jets coach Rex Ryan also brushed off any thoughts that he and the organization might have some concern about a second-round pick signing with perhaps the biggest rap star in the world.

“I don’t worry about it, no, I don’t,” Ryan said. “This is the young man’s decision, and I’m sure he’s done a lot of work and preparation on hiring who he thinks is the best person to represent him. I don’t think there’s going to be a loss of focus or anything else. I can tell you this right now: He knows that he has to focus on the job at hand here and I’m confident that’ll happen.

“I don’t even think about who he hired.”

Smith is not the first NFL player to sign with a hip-hop mogul. New Orleans Saints running back Ricky Williams hired rapper Master P‘s No Limit Sports agency to negotiate his rookie deal, which is largely regarded as one of the game’s worst contracts because it included a minimum base salary and incentives that were difficult to reach. Williams later fired the agency and hired Leigh Steinberg. 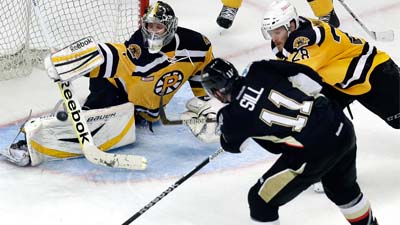 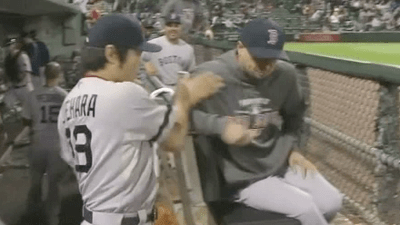