Jerry Remy to Miss a Few Games Because of Allergies, Dennis Eckersley, Rob Bradford to Pinch-Hit - NESN.com Skip to content

Anyone with seasonal allergies knows how difficult this time of the year can be, and for the RemDawg, that’s no different.

NESN’s Red Sox color analyst Jerry Remy will sit out a few games as he battles some allergies. Remy took to Twitter on Tuesday to explain that there was nothing to be worried about and that he’d just be taking a few days off.

NESN’s Don Orsillo will be joined in the booth by NESN studio host and Hall of Famer Dennis Eckersley on Tuesday night. WEEI.com’s Rob Bradford will also be used in a pinch-hitting role for the RemDawg.

See the schedule below. 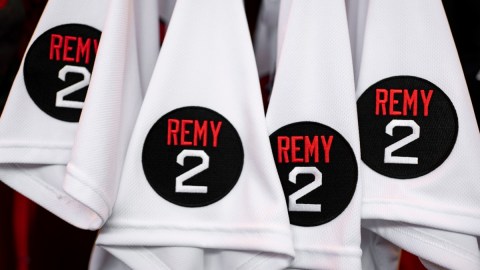