In the grand scheme of things, this means absolutely nothing, except that John Farrell is doing a heck of a job as Red Sox manager.

Every so often, Public Policy Polling — a U.S. polling firm mostly known for putting out polls on key political races — releases some results that are fun for sports fans to take a look at. On Friday, the company tweeted that Farrell received a 1 percent disapproval rating among Massachusetts voters.

That seems staggering, and it speaks to the skipper’s growing popularity during the Red Sox’ hot start. According to Fordham University’s Department of Political Science, Public Polling Policy ranked third in accuracy when it came to November’s election, so we shouldn’t disregard the findings, even if they are a bit wacky.

But where exactly does the 1 percent disapproval rating put Farrell on the totem pole? Well, apparently George Washington, Mother Teresa, Gandhi and Santa Claus are all playing catch-up at this point.

Check out PPP’s recent tweets below. 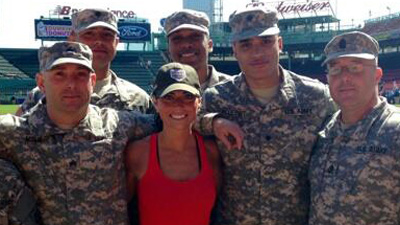