John Lackey May Be Pitching Better Than Ever Before as Comeback Fueled by First-Pitch Strikes - NESN.com Skip to content Admit it. You were skeptical John Lackey would ever be a viable big league pitcher again. When he injured his biceps earlier this month, you thought he was done.

To be fair, there were lots of reasons for Red Sox Nation to be skeptical of Lackey entering 2013. Even before missing all of the 2012 season rehabbing from Tommy John surgery, Lackey had been a shell of his former self with Boston, posting a 5.25 ERA in 375 innings over his first two seasons with the Sox. Despite reports late last season that Lackey was throwing ahead of schedule, with plenty of time to build up arm strength before the following spring, it was reasonable to wonder if, at that age, he had anything left.

Well, it seems that the stories of the 34-year-old’s demise were greatly exaggerated. But here’s the thing, not only is Lackey having an effective, efficient season thus far — with a 3.31 ERA and 1.22 WHIP in six starts — but there’s good reason to believe the right-hander may be as good right now as he has at any point in his successful career.

Lackey’s best season in baseball was easily 2007, when he was valued at six wins above replacement level. In that season, he finally put together a fully healthy campaign for the Angels, going 19-9 with a 3.01 ERA and coming in third place in Cy Young voting. Lackey hasn’t performed at quite that level this year, but some of his peripherals are actually better now than they were then.

The two stats that stand out in Lackey’s 2013 season are his strikeout rate and first-pitch strike percentage. Currently Lackey has a 23 percent strikeout rate, which is better than his career-best rate of 22.3 percent, as well as his 19.3 percent rate during his 2007 season. (His last three seasons in Los Angeles were at 19.3 percent, 19.3 percent and 18.6 percent before that number fell when he came to Boston.)

Moreover, Lackey has gotten ahead of hitters with regularity this season, as he’s thrown 67 percent of his first pitches for strikes, which is good for third-best in the American League. While Lackey has always had relatively low walk rates, that figure would also rank as the best of his career. And, despite these improved peripherals, everything else about Lackey’s stuff and execution seems about the same as its always been.

During the 2007 season, Lackey’s four-seam fastball averaged 91.3 miles per hour. Likewise, he’s still averaging 90.9 mph so far in the 2013 campaign, so there’s been no significant dropoff in velocity, or at least not enough of one to precipitate much of a decline. In fact, Lackey now has a two-seam fastball that’s averaged 92.2 mph this year, which would be the hardest pitch of any in his career (going back to 2007).

Aside from that, Lackey’s pitch selection hasn’t changed much over the years. He still throws his fastball between 55 and 60 percent of the time, and, like many other veteran pitchers, his slider seems to have developed into more of a cutter, according to PITCHf/x.

Lastly, Lackey’s BABIP (batting average on balls in play) against this season is .302, a strong indicator that his peripherals hold true, and he’s not getting the benefit of random luck.

All in all, Clay Buchholz and Jon Lester have certainly gained far more attention for their respective returns to form in 2013. Granted, it’s just been six starts — it’d be remiss to point out that it will only be a couple more starts until a pitcher’s numbers generally stabilize — but Lackey’s turnaround has been no less impressive than Buchholz and Lester’s.

Considering the injury he was rehabbing from, perhaps it’s even more impressive. 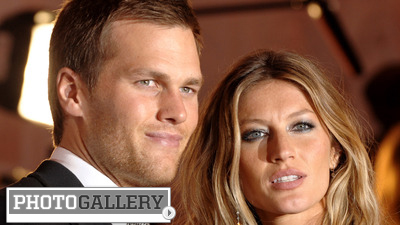 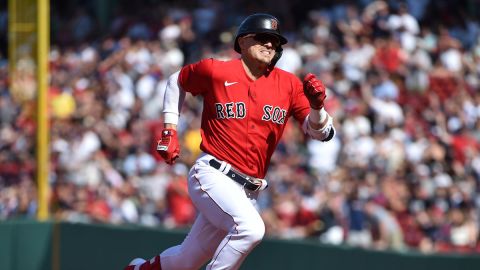