Rangers coach John Tortorella is aware of what the Bruins offer and the way they play the game. All the New York bench boss needs to do be reminded of such is look out at his own team.

The Blueshirts and B’s share a handful of things in common and both teams play a similar style of hockey. That’s part of the reason many are looking forward to the second-round matchup of the two Original Six rivals. It’s also a reason many aren’t expecting a whole lot of offense, either.

Regardless, Tortorella knows his club will have its hands full when the series begins Thursday in Boston.

“We’re two very similar teams,” the coach told ESPN Radio on Tuesday. “It’s going to be along the boards. It’s going to be about battles. They’re a big, strong team. They win a helluva game last night in their comeback. They’re deep, they’re balanced.

“Both teams play a pretty similar game as far as straight ahead and just grinding it out.”

The Rangers found some success against Boston in the three games the teams played this season, but it wasn’t easy. The Bruins beat the Rangers on opening night way back on Jan. 19, but the he Rangers bounced back a few days later to win an overtime thriller in New York, and they also won in mid-February back in Boston in a shootout.

Tortorella does have some confidence heading into the series, and it’s not necessarily because the Rangers picked up a couple of wins over Boston in the regular season. Instead, it’s the fact that the Rangers have played some good hockey heading into and including their first-round series with Washington that New York won in seven games.

“All of the teams playing right now are good teams,” Tortorella stated. “It’s very difficult to make the playoffs and to now get into the last eight of them, the teams are going to be good. It’s not so much who you’re playing, it’s how you feel about your team. I feel really good about our team. We’re not gonna change too much. We don’t really get involved in the big adjustments that everyone talks about in the playoffs. We’re not changing. We wanna go straight ahead and they’re gonna go straight ahead and as usual, the neutral zone is going to be a very important zone as far as what end you’re going to be playing in.” 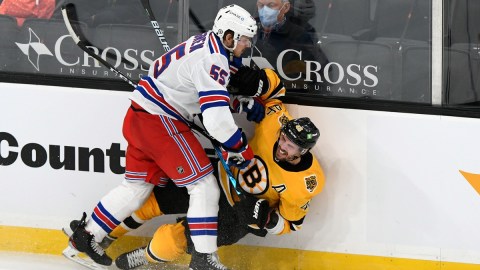 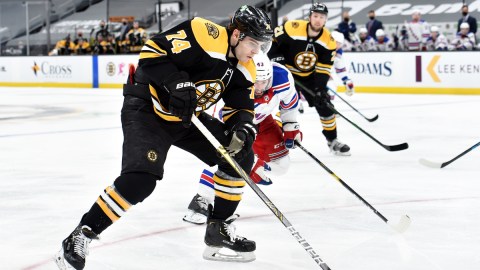 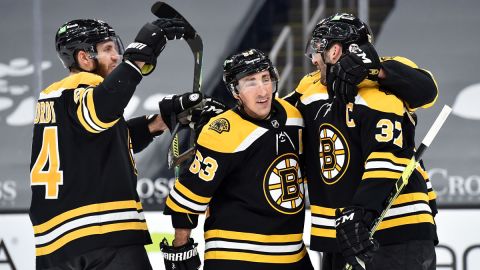