The Bulls guard and coach thought that James was flopping when Mohammed got ejected from Game 3 of the Bulls-Heat playoff series. Mohammed gave James a hard foul as the Heat star was dribbling up the court. James then reacted by throwing Mohammed to the ground. Mohammed got up and shoved James, triggering the ejection.

“You see LeBron in a lot of commercials,” Robinson told Yahoo! Sports. “A lot of good acting.”

Thibodeau was more straightforward in saying that he saw James flop. The Heat went on to win Friday night’s game 104-94. Miami leads the series 2-1.

Decide for yourself whether James was flopping or not in the video below. 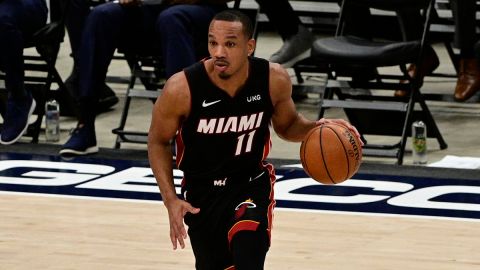