For the second straight year, the NBA’s Defensive Player of the Year is not one of the top five defensive players in the league.

This little wrinkle came up again Monday when the league announced its All-Defensive Team, and Marc Gasol was placed on the second team. The Grizzlies center, who was named last week as this season’s top defensive player, was really the third-teamer, since Joakim Noah and Tyson Chandler tied for the center spot on the first team.

Gasol’s first-team snub follows Chandler’s exclusion from the first team a year ago. The Knicks’ big man was also the defensive player of the year, but was beat out on the defensive first team by Dwight Howard.

While the contradiction might make for a good laugh, it is really not very difficult to explain. The defensive player of the year is voted upon by media members, while the all-defensive team is voted on by coaches. Clearly, coaches and media members have had some disagreements in the last two years.

In this case, the coaches did not make the egregious choices they did a year ago, when they chose Howard and Serge Ibaka to the first team. Howard had a tremendous reputation as a defensive player, but he was obviously inferior to Chandler, and even Kevin Garnett and Joakim Noah, last season. As for Ibaka, his high blocked shots totals overshadowed a young player who battled overeagerness and poor positioning. Ibaka improved greatly this season, so his first-team selection is defensible now even if second-teamers Tim Duncan and Paul George are better defenders overall.

Check out the full roster below. 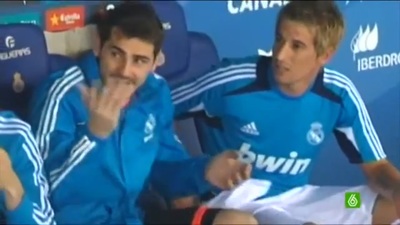