A few generations ago, most Americans knew little about Abu Dhabi. It was where Bugs Bunny turned up every now and again when he wanted to get away. It was remote — located in the farthest corner of the earth, as far as many were concerned.

It’s now 2013 and things have changed. The world is more closely connected than ever, and we’re becoming one big global village. Abu Dhabi, Dubai and the United Arab Emirates are now “on the map,” and they intend to stay there.

Manchester City and its owner — Sheikh Mansour bin Zayed bin Sultan Al Nahyan (deputy prime minister of the U.A.E and younger brother of the crown prince Mohammed bin Zayed Al Nahyan) — are well aware of this. It’s a central reason why Mansour has spent over £1 billion ($1.5 billion) since 2008 trying to turn City into a global soccer powerhouse.

The City project isn’t about the vanity of one man or his family. It’s no billionaire’s plaything either. Mansour wants to use sports, particularly soccer, as a vehicle to elevate and promote Abu Dhabi in the consciousness, as the Telegraph recently explained. Enter Major League Soccer, New York City and the New York Yankees.

“It [Manchester City under Mansour’s ownership] was all about Abu Dhabi firmly planting its flag in the heart of the sporting and cultural world,” the report said.

“And when it comes to propelling Abu Dhabi’s image onto a global scale, the United States is where it’s at for Sheikh Mansour and his advisors.”

On Tuesday, MLS announced that City and the Yankees had joined forces to own and operate the 20th MLS franchise. New York City Football Club will play in the Big Apple starting in 2015.

The £66 million ($100 million) expansion fee is a record high for an MLS team, but it is only a fraction of what City and the Yankees have signed up for. They are expected to build a brand new soccer stadium within the city that will be the crown jewel of North American soccer stadiums. Whether N.Y.C. FC builds the proposed stadium in Flushing Meadows (Queens) or goes in another direction is not the issue. What’s most important is that building a new stadium in New York City will cost at least another £266 million ($400 million), taking the total investment over the £332 million ($500 million) mark.

The price tag for N.Y.C. FC won’t jeopardize the original City project or its goals. Teaming up with the Yankees (who own 20-25 percent of N.Y.C. FC, according to Bloomberg) increases the chances that the new MLS club will be viable and profitable in the near term. The Yankees are the premier sports organization in the crowded N.Y.C. market. Their expertise in generating exposure and revenue should help the soccer team pay its bills (and then some) during this current MLS era of controlled spending.

The three teams should benefit from the City-Yankees partnership. City can help foreign companies access the Yankees, who will expose those brands to an American audience. City’s sponsors will have access to N.Y.C. FC, which will generate more cash for the Premier League club. The Yankees and N.Y.C. FC can help City win more American fans than the English club could do on its own. Meanwhile, the three teams will help Mansour and his friends gain a foothold in New York City’s elite social and cultural circles. The opportunities that can arise from those personal relationships are boundless.

But Mansour didn’t pay half a billion dollars to get invited to exclusive cocktail parties. This is a long-term investment aimed at making Manchester City a truly global soccer club. Manchester City is the motherland and N.Y.C. FC is City’s first outpost. City is reportedly looking to Mexico and Asia for its next locations. City CEO Ferran Soriano has a “holistic vision” for the whole operation. City hopes to develop a unique identity and style of play, which each team — be it City’s youth squads or N.Y.C. F.C. — must follow. The best players will eventually reach the Premier League club, while the others are expected to win titles in their local leagues. Business opportunities from Manchester to New York and beyond will exist for any company that wants to participate. Dutch club AFC Ajax (Amsterdam) is a pioneer in this field with seven affiliate clubs, including Ajax Cape Town FC. Its success has been muted due to the parent club’s loss of status at the top of the European game.

Eight years ago, Soriano was a top executive at FC Barcelona. It was there that he first explored idea of owning and operating a club in MLS under the Barcelona identity. In 2008, Barcelona was close to buying an MLS expansion team and putting it in Miami, but the deal fell through after Soriano resigned from the Barcelona board. Soriano returned to soccer last August, and he brought the old idea with him. His eight-year-old vision fits City’s long-term ambition. He carried it out this time — with Mansour’s financial backing.

MLS commissioner Don Garber hailed Tuesday’s announcement as a “transformational moment” which would “elevate the league to new heights.” That may come to pass one day, but it won’t happen any time soon. MLS has aged out of childhood (2013 is its 18th season), but it is nowhere near full maturity — on the field or off it. The league’s growing fan base still falls into the “niche” category.

City paid a premium in today’s dollars so that it can have an operation in place when the American masses finally embrace club soccer and MLS pops. City’s success in England or Europe won’t make that happen, nor will its regular U.S. tours. The Yankees will help N.Y.C. FC gain a presence in the market, but it’s doubtful they’ll be able to unite the city’s millions of soccer fans around the new club, turning them into passionate followers on a week-to-week basis (at the outset). A sparkling new stadium housing an instantly successful team won’t put N.Y.C. FC and MLS on the front page of the New York Times on a regular basis. N.Y.C. FC won’t have a larger television audience than the other big-league teams in the region. These are the realities of MLS in 2013.

While City spent its way to the top of the English game, its ability to conquer the world and sustain that success over generations remains under question. Yankees president Randy Levine called City the “soccer experts.” Manchester United, Barcelona and Bayern Munich are just a few of the clubs that might respectfully disagree. Just how good City is at developing talent and building winning teams won’t be clear for many years.

It takes a different expertise to win in MLS. The league’s history is filled with tales of big-name, highly paid players, managers and owners who couldn’t navigate the league’s complex rules to success. Salary cap restrictions will prevent N.Y.C. FC from assembling a dream team in the Big Apple, so it must build a team from scratch and manage its way to the top. Can (N.Y.C. FC director of football) Claudio Reyna make it happen? Will young and untested players on loan from City flourish and win titles in MLS? We’ll see.

But Manchester City’s $500 million bet isn’t about the present. It’s about the future. MLS has a stated goal of being one of the world’s top leagues by 2022. It may or may not hit that target, but it’ll be in a stronger position than it is now. America stopped rejecting soccer a long time ago, but it has yet to fully and wholeheartedly embrace the club game. When it does, MLS revenue should grow “exponentially,” as Garber hopes, and the salary cap will go up with it. City will then be able to use its financial muscle to funnel star players to the N.Y.C. FC, and the Yankees will ensure savvy American-based fans will turn out and tune in.

If and when that happens, City’s $500 million investment will look less like a gamble and more like a no-brainer. The Premier League club will own a billion-dollar franchise in America’s media capital, which it will use to plant Abu Dhabi in the minds of the city’s and country’s residents. Mansour and his family hope that will drive tourism, investment and growth back home in the U.A.E. Bugs Bunny will barely recognize the place when he visits in 2050. 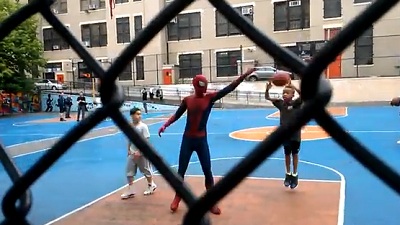 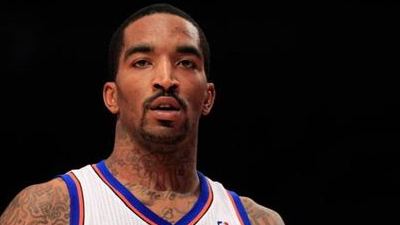