If the devil you know is better than the devil you don’t, then Florida offensive line coach Tim Davis may not be handing out insults at all.

Davis gave the backhanded compliment of the ages this week when talking to Gators fans about coach Will Muschamp, who is said to model his game after college football coaching heavyweight Nick Saban. If Muschamp can have even a shade of the success of Saban, who has won three championships in the last four years with Alabama, then Florida fans will be pretty happy.

Davis made it sound like he thinks Muschamp has it in him — but not without taking a Luciferian dig at Saban first.

“Will and I go back to the Miami Dolphins,” Davis told the crowd at the Space Coast Gator Club in Melbourne, Fla., according to gaitorbait.net. “I’ve always wanted to work with Will. Will’s got a plan. Will coached under the devil himself for seven years. I only did three. He did seven. And his DNA is not any different than Nick.”

Davis also highlighted the parts of Muschamp that he said set him apart from Saban.

“[Muschamp is] like the other guy, only he’s got personality,” Davis said. “He’ll smile at you. He’ll talk to you. You understand? That’s what he’s all about. That’s Will. I’m proud to work for him.”

It’s not the first time this year a coach has tied Saban to Lucifer. Vanderbilt head coach James Franklin called him “Nicky Satan” but later apologized personally to Saban for the remark.

If the horns fit…. A running catch! In the middle of the batting cages! (Hat tip to Prep Rally.) 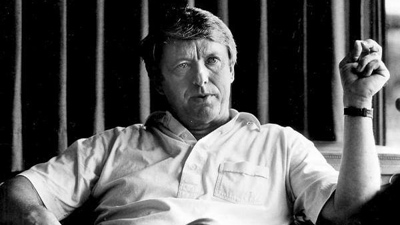