Notre Dame’s starting quarterback, Everett Golson, left the school over academic infractions, according to The Chicago Tribune. Golson started 11 games and appeared in 12 last season as a redshirt freshman for the Fighting Irish. The school confirmed via email that Golson was no longer enrolled at Notre Dame.

The 6-foot Myrtle Beach, S.C., native threw for 2,405 yards, 12 touchdowns and six interceptions while collecting 10 wins. He ran for another 298 yards and six touchdowns.

Golson led Notre Dame to the National Championship game, where they lost to Alabama 42-14. Golson threw for 270 yards in that game with one touchdown and one interception. He carried the ball five times for negative seven yards and a touchdown.

The 12-1 season was the Fighting Irish’s best since 1988 when they finished the season 12-0 as consensus national champs and 1989 when they finished 12-1 and were ranked No. 2 to finish the season. Golson was expected to enter the 2013 season as the team’s starting quarterback.

The only signal caller with any experience on the Notre Dame roster is senior Tommy Rees, who has 18 starts in 33 total appearances. He led the team to an 8-4 record as a sophomore in 2011.

This certainly doesn’t help Notre Dame’s shot at reappearing in the National Championship game. The school has had a rough 2013 after losing to Alabama, dealing with Manti Te’o and now Golson’s exit.

Redshirt freshman quarterback Gunner Kiel, who transferred from Notre Dame to Cincinnati in April, could possibly return to the Fighting Irish this season, according to AthleticScholarships.com. Kiel was a five-star recruit coming out of high school.

I’ve seen some pretty crazy goatees in baseball, but never a baseball goatee. Tim Duncan is the best. 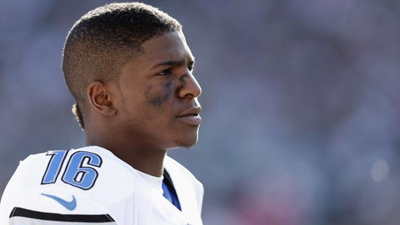