For the first time in the Bill Belichick era, the Patriots will attempt to have back-to-back 1,000-yard rushers.

The feat was last accomplished by New England when the team was still wearing those amazingly ’90s “Flying Elvis” royal blue and red jerseys and Foxboro Stadium was still standing along Route 1. Curtis Martin rushed for 1,160 in 1997 and Robert Edwards ran for 1,115 as a rookie in 1998. The last time the same player rushed for 1,000 yards in back-to-back seasons was in 1996 and 1997 by Martin.

There’s a chance New England can recapture that kind of consistency in 2013 with Stevan Ridley. Going into the 2012 season, the Patriots had to be ranked near the bottom of the NFL’s running back stables because of the uncertainty at the position. A lot can change in a year.

Ridley had a solid 2011 as a rookie, but the Patriots were giving up a sure-thing in BenJarvus Green-Ellis by betting on Ridley’s assumed improvement. The gamble paid off as Ridley ran for 1,263 yards and 12 touchdowns while averaging 4.4 yards per carry. Ridley was a drastic improvement over the consistent (but plodding) Green-Ellis.

It was the most yards a New England runner had gained since Corey Dillon rushed for 1,635 in 2004. It was also the most rushing attempts by the Patriots (523) since that year (524).

This year, the Patriots gambled on Shane Vereen when they let veteran third-down back Danny Woodhead walk in free agency to the San Diego Chargers. Vereen had a solid campaign in 2012 with 251 yards on 62 carries and three touchdowns with an added 149 yards on 13 catches and one touchdown through the air. But the third-year player really proved himself in the playoffs against the Texans after Woodhead went down early.

Vereen rushed for 41 yards on seven carries and a touchdown as a change-of-pace back behind Ridley. He also added five receptions for 83 yards and two touchdowns, including an exciting 33-yard deep ball from Tom Brady down the sidelines.

Ridley’s consistency (he gained more than 70 yards in 11 of 16 games in 2012), combined with Vereen’s upside and the Patriots’ overall production last season (first in rushing touchdowns, second in attempts, seventh in yards) make New England one of the most promising rushing offenses heading into 2013. Ridley may not be Adrian Peterson or Arian Foster (yet), but he’s certainly on the next tier of NFL backs. (And how crazy is it that fantasy football owners will actually feel confident drafting a New England runner for once?)

Staying healthy may be the key for the Patriots in 2013, which has been no problem for Ridley, but an issue at times for Vereen. Fortunately the team has some depth at both positions.

Leon Washington has proven over his seven-year career that he can play the third-down role, though he took a backseat in 2012 to Robert Turbin as Marshawn Lynch‘s backup in Seattle. The Patriots still have 2012 undrafted rookie Brandon Bolden, who showed promise last season, and they acquired LeGarrette Blount during the 2013 draft for a seventh-round pick and Jeff Demps. Both Bolden and Blount offer nice insurance in an every-down role behind Ridley.

Undrafted rookie Akeem Shavers will have a chance to prove himself in OTAs, mini-camp and training camp to become the next great New England undrafted runner, too. He put together a solid 2012 season with Purdue, totaling 871 yards and 12 touchdowns on the ground with 23 receptions, 428 yards and four touchdowns. He ran the 40-yard dash in 4.47 seconds during his Purdue pro day and put together an impressive 6.89 second three-cone drill. Shavers could challenge Washington for the role behind Vereen.

Of course, the key to the Patriots’ running game has always been up front with the offensive line. With all five starters coming back, plus some key reserves, that unit is expected to be as strong as ever. And there’s no reason to ever think that group will struggle as long as Dante Scarnecchia, one of the great position coaches in the entire league, is at the helm. If anything, the line will be even better with an extra year under left tackle Nate Solder‘s belt, and hopefully some better health from left guard Logan Mankins, who missed six regular season games in 2012.

It’s incredible what a difference a year can make in the NFL. Going into 2012, one could have easily listed the Patriots next to the Jets, Colts, Lions and Cardinals among the most unproven running back stables in the league. Now with a year of proof behind Ridley, the running game should be looked at as a sure-thing going into 2013. 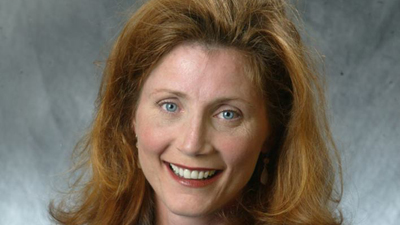