This is certainly not going to be easy for the Bruins.

That’s probably a little bit of an understatement, not to mention oversimplified, but the Bruins will certainly have their work cut out for themselves in the Eastern Conference final against the Penguins.

The usually defensive-minded Bruins will have to take that prowess in their own end to a whole new level on Saturday night when the best-of-seven games series begins in Pittsburgh. They’re no longer facing the Rangers or even the Maple Leafs. Pittsburgh is high-octane, and they’re deep. It will be the ultimate test for Boston, and it’s going to take a heckuva effort from everyone to slow the Flightless Birds down.

When you look at the Penguins’ roster, it’s easy to see there’s no shortage of star power. Sidney Crosby, in the eyes of many, is the best player on the planet right now. Evgeni Malkin is one year removed from winning the Hart Trophy as the league’s most valuable player. Kris Letang is an offensive-minded defenseman who is a Norris Trophy finalist. Jarome Iginla has more than 500 goals to his name.

Those players by themselves would make facing the Penguins a tall task. However, where the Pens have really done a good job is surrounding those players, especially the marquee forwards, with some very good depth forwards. Chris Kunitz averaged more than a point per game during the regular season. Pascal Dupuis and James Neal combined for 74 points in 88 games this season.

The Penguins have been just as good in the playoffs. Pittsburgh leads the league in goals scored, and it’s not even really close. Through Tuesday, the Pens have scored nine more goals than the second-highest team, and they’ve done it in fewer or the same amount of games as six other teams. They’ve gotten balanced goal-scoring through the first two rounds, with six players scoring at least four goals as well as six players averaging at least a point per game.

One of the reasons the Penguins are clicking so well offensively right now is their ability to score on the power play. They’re far and away the best power play still left, as they’ve scored on 28.3 percent of their power plays through two rounds. Pittsburgh has 13 power-play tallies through 11 games, and they’ve scored multiple power-play goals in four games. In games when they’ve scored a PPG, they’re 7-1, while just 1-2 when being held goalless on the man advantage.

That will certainly be an issue for the Bruins. After doing a wonderful job on the penalty kill all season, the Boston PK has taken a step back during the playoffs. The B’s have only killed 81.1 percent of opposing power plays and even allowed the Rangers and their previously horribly inept power play to score twice in their second-round series. And it’s not like the Penguins can’t score on a good penalty kill either way. The Ottawa Senators led the league in penalty killing during the regular season only to give up six power-play goals in four games on their way to being bounced by Pittsburgh in five games last round.

All of this is easier said than done, of course, but the Bruins aren’t going to back away from the challenge, especially with a trip to the Stanley Cup Final on the line.

“”I’m one of those guys where you’ve got to relish the challenges,” Bruins coach Claude Julien told reporters after Tuesday’s practice. “You can?t fear them, like, ‘Bring it on.’ That’s what he?s telling you right now, ‘Bring it on. I?m ready for it.’ That’s what our whole team’s demeanor is going to be, ‘Hey, we know it’s going to be a big challenge, bring it on.’ We?re ready for it and we?ll give it everything we have. Hopefully that will be enough to win the series.”

That would be a good start. But with the Penguins’ offensive depth and dangerous power play across the ice, it’s likely they’re going to need to find a new level defensively if they’re going to get a chance to raise the Cup for the second time in three years. 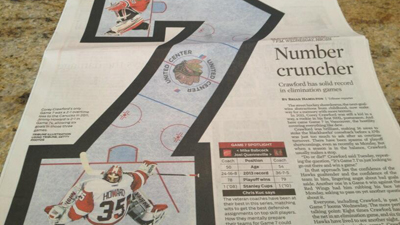 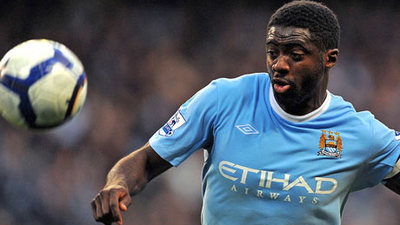