Frank Lampard is about to get what he deserves.

The veteran midfielder is set to extend his Chelsea career into its 13th year. The Blues will offer him a new contract this week which he will happily sign, according to the Mail.

“And it also appears that — almost by weight of public demand — the west London club will award one of football’s nice guys with a further 12-month contract extension,” the report says.

For much of the season, it looked like Chelsea would decline the chance to keep Lampard and let him leave as a free agent this summer. His existing contract expires in June and the L.A. Galaxy were leading the chase for Lampard, having offered him a lucrative contact to come to Major League Soccer.

Lampard considered the offer, but he always preferred to keep his family in England and finish his career at Stamford Bridge.

“I’d love to carry on as long as I feel I can do and I feel I’m fit,” Lampard told Sky Sports on Saturday. “I’d love to do that, for another three or four years. I’d love to emulate those boys.

“Ryan Giggs [has] got an aura around him. All the players at the club look up to him. He’s the mark.”

At the beginning of 2013, Chelsea was determined to move on from the era of the “Old Guard” (a group of influential veterans including Lampard, captain John Terry and Ashley Cole), but public pressure and the expected return of Jose Mourinho have made the Blues slow their revolution, according to the Star.

“Manager-in-waiting Jose Mourinho has persuaded owner Roman Abramovich to reward the club’s record scorer with a new contract, similar to the one fellow England star Ashley Cole signed earlier in the season.

“Chelsea had hoped to announce his deal prior to Wednesday’s [UEFA] Europa Cup Final against Benfica.

“But it is understood Lampard?s agent, Steve Kutner, was yesterday [Sunday] still trying to net the best possible terms.”

Lampard became a Chelsea and Premier League legend by marrying his talent with a fierce determination and commitment to professionalism. Those qualities helped him score double figures in the Premier League for ten straight seasons. His coaches, teammates and fans never lost sight of that legacy and they have seemingly made sure that Chelsea directors don’t either. 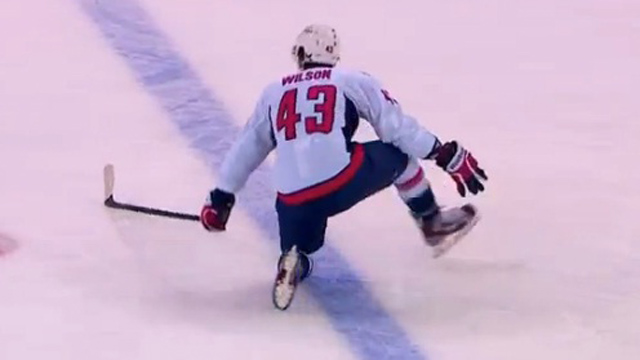 Tom Wilson Loses Blade of Skate, Has to Crawl and Flop Back to Bench (Video)

Serge Ibaka’s Poor Shooting Has Not Leaked Into Other Areas of His Game, Yet