Jackie Bradley Jr. didn’t fare so well in his first taste of the big leagues. However, with the young outfielder’s meteoric rise through the Red Sox’ system, it was only a matter of time before he was back with the big club, and it appears that time is Wednesday.

Bradley has been recalled from Pawtucket, and pitcher Alex Wilson will be sent down in a corresponding move, the Red Sox announced Wednesday afternoon. Though outfielder Shane Victorino is on the 15-day disabled list with rib and hamstring injuries, Red Sox manager John Farrell indicated that Bradley will likely serve in a backup role.

That, of course, begs the question as to just how long Bradley will be with the team, given that Boston doesn’t likely want the 23-year-old filling a regular bench role. However, with two games in Philadelphia beginning Wednesday — and without the benefit of the designated hitter — Bradley may only be serving as roster depth for a couple of games.

Bradley can be shuffled back and forth between Pawtucket at will this season. Although he opened the year with Boston, the fact that he has spent 20 days with Pawtucket means that Bradley won’t become a free agent until after the 2019 season. His service time was a concern for many when he initially made the team. 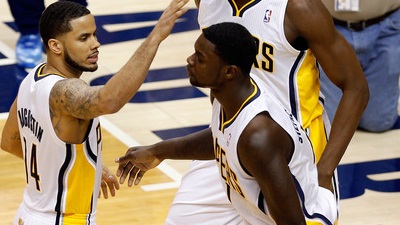