JaMarcus Russell hasn?t thrown a pass in the NFL since 2009, but the former No. 1 overall pick appears to be ready to make a return to the gridiron after reportedly shedding 50 pounds.

Russell began his comeback attempt at 315 pounds, and there were reports recently that he had lost significant weight. But now the quarterback has slimmed down even more — to 265 pounds — according to NFL.com?s Ian Rapoport.

The 27-year-old hasn?t played in the NFL since he wrapped up a disappointing three-year stint with the Raiders, during which he threw for 18 touchdowns and 23 interceptions and had a record of 7-18. He tried to make a comeback in 2010 with the Redskins and Dolphins, but he failed to make either team.

Russell came out of LSU with a lot of hype and promise, but he ended up being considered one of the biggest busts in the history of the NFL draft.

Russell hasn’t had many NFL suitors, although the Jets were said to be interested in him in January. But after New York took Geno Smith in the second round of this year?s draft, it seems unlikely that Russell would end up there.

If Russell does come back, Rapoport points out that he still has work to do, but things are currently looking up for the embattled quarterback. 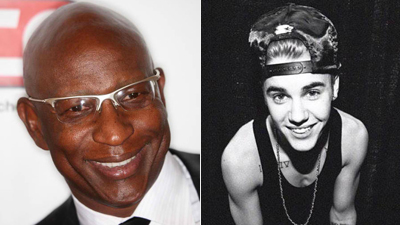