LeBron James to Be Named NBA Most Valuable Player for Fourth Time on Sunday - NESN.com Skip to content LeBron James is getting his fourth Most Valuable Player award — and the only mystery left is whether the vote was unanimous.

The Miami Heat star will be introduced Sunday as the award winner, according to a person familiar with the results and who spoke to The Associated Press on condition of anonymity because the league has not publicly announced the result. James will become the fifth player with at least four MVP awards, joining Kareem Abdul-Jabbar, Michael Jordan, Bill Russell and Wilt Chamberlain.

No one has ever swept every first-place vote in the NBA’s MVP balloting. After the season he had, James could be the first.

“I don’t know who else you’d vote for,” Heat forward Chris Bosh said Friday. “No offense to everybody else, but that’s just how good he has played this year.”

James averaged 26.8 points, 8.0 rebounds and 7.3 assists this season, shooting a career-best 56 percent. It was absolutely no surprise that he won the award, and given the timetable for Miami’s next game — the Heat don’t open Eastern Conference semifinal play until Monday night against Brooklyn or Chicago — it had been widely assumed for several days that Sunday would be the day.

“I absolutely have not even thought about it,” James said earlier this week when asked if he considered the weight of winning the award four times in five years. “I have not thought about it, until you just brought it up. I know the history. It would be a unique, unbelievable class I would be a part of, so we’ll see.”

Only Russell had won four MVPs in five years, and only Abdul-Jabbar had gone back-to-back on the award twice.

James won the award in 2009 and 2010, only got four first-place votes in 2011 — his first season with the Heat — then reclaimed the award last season.

“The other day I was sitting there with him, a week or two ago and it dawned on me,” Heat guard Dwyane Wade told the AP. “I said to him, `Do you know you’re about to get four MVPs in five years?’ And he’s like, `Man, I’m just a kid from Akron.’ He could have gotten five in five. You know how crazy that is? This is crazy.”

The “kid from Akron” is truly entering rarefied air now.

There have been instances of people coming close to sweeping the first-place votes. Shaquille O’Neal got 120 of the 121 top votes cast after the 1999-2000 season, with Allen Iverson getting the lone other one that year. And after the 2003-04 season, Kevin Garnett — then with Minnesota — got 120 of 123 votes, with two going to Jermaine O’Neal and the other to Peja Stojakovic.

James finally got his first NBA championship last season, followed that up by helping the United States win a gold medal at the London Olympics, and then vowed to come back this season even better.

The Heat say he did absolutely that.

“We’re all in unison: We think he has earned it,” Heat coach Erik Spoelstra said. “He has had an even more historic season than last year. The beauty of that, if he does in fact earn it, is the fact that probably most people didn’t necessarily think he could go to a different level, a higher level, after last season. Yet he reinvented himself and showed that he could.” 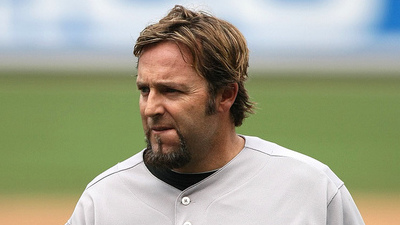 Kevin Millar Weighs in on Allegations Made Against Clay Buchholz, Says ‘I’m on Eck’s Side’