Report: Rob Gronkowski to Have Surgery Monday Afternoon After Calling Off Trip to Las Vegas - NESN.com Skip to content The process of getting Rob Gronkowski fixed up and ready to go for the beginning of the NFL season will take some time, but the Patriots tight end is at least getting started as soon as possible.

Gronkowski, who was deemed ready last week to have a fourth surgery on his troublesome left forearm, will go under the knife Monday at 2 p.m. at Massachusetts General Hospital, Karen Guregian of the Boston Herald reports. The surgery is part of a process that includes replacing a plate in Gronkowski’s arm, which became infected after it was broken a second time in last year’s playoffs.

Gronkowski is also said to be having trouble with his back, but the arm issues are the first priority, Guregian reports. Doctors will remove cultures from Gronkowski’s arm to see if it is still infected, with a new plate eventually being placed if the arm is healthy.

Once the plate is placed and the arm is infection-free, Gronkowski will need about 10 to 11 weeks to recover to be ready for the beginning of next season, according to Guregian.

Gronkowski was reportedly about to spend the weekend in Las Vegas as part of a promotional trip, but that event was shelved, with the looming surgery appearing to be the main reason. 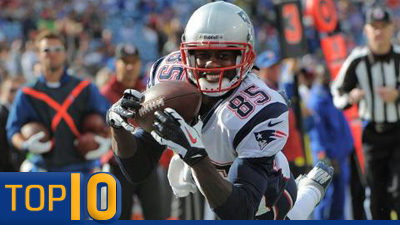