The Tennessee Titans have been making big splashes all offseason, and they are now discussing making yet another.

The Titans decision makers are discussing signing veteran pass rusher John Abraham to a contract this week, according to ESPN’s Adam schefter.

Abraham has visited with a handful of NFL teams already this offseason, making his rounds but unable to find a deal suitable for both sides. He stopped in for a visit with the Titans last week and it sounds like that could be his final stop altogether.

While teams like the Broncos, Seahawks and Patriots all wait to see if his price will drop, the Titans are taking action and appear to have the inside track on signing Abraham.

There were rumors that Abraham was considering retirement, and a cryptic tweet he sent out last weekend only added fuel to that fire, but it seems he is still planning to take the field next season.

The Patriots were suspected to be the front runners for Abraham’s services, but if Abraham signs with the Titans, they may have to readjust their priority list.

Otis Nixon Arrested for Possession of Crack Cocaine, Tells Police it Must Have Been His Son’s 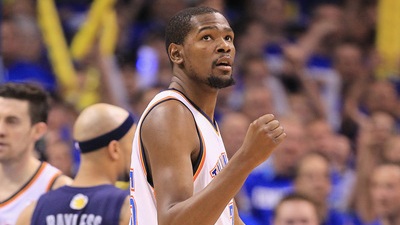