FOXBORO, Mass. — Jason Collins‘ decision to reveal he was gay on Monday captivated the sports world.

As people across the country continue to debate the controversial revelation, Patriots owner Robert Kraft had already thought out the issue and took a moment to congratulate Collins for his courage on Thursday.

“My hearty congratulations to him,” Kraft said, applauding the 14-year NBA veteran.

Kraft was at Gillette Stadium to help introduce another Collins on Thursday, the Patriots’ second-round pick Jamie Collins. But after the formalities were finished, Kraft lent his support to Jason Collins and even mentioned that he would support a gay player on the Patriots.

If the Patriots are about one thing above all else it is winning, and clearly the kind-hearted Kraft wouldn’t let any one characteristic get in the way. 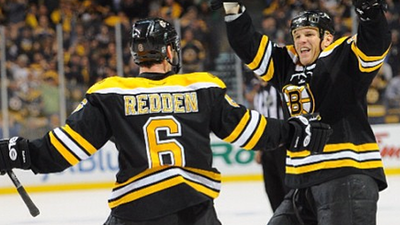