There are very few things more violent in sports than a hockey brawl, but that’s only because most of us have never witnessed a rugby brawl.

While most think rugby is just one big brawl with short shorts and a funny-looking football thrown in between for good measure, things actually got seriously out of hand during a recent playoff game between Pau and La Rochelle in France.

After one player popped his opponent right in the kisser following a late tackle (?), things erupted into an all-out fight between the squads. Then, just moments after play resumed, another scuffle broke out.

To see a group of huge, scary men throw bloody haymakers at each other for a few minutes on a field, click play below.

Thanks to BigLeadSports.com for the tip 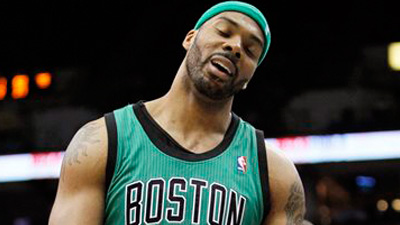 Report: Chris Wilcox Thinks He May Have Come Back Too Soon After Heart Surgery