It seems Rutgers did not do a very good job of researching new athletic director Julie Hermann‘s past.

Hermann had some similar anger issues when she was the Tennessee Volunteers’ women’s volleyball coach back in the ’90s. Her former players said Hermann called them “whores, alcoholics and learning disabled,” according to The New Jersey Star-Ledger. The players said Hermann would ridicule them over their weight, not allow them to eat or shower after losses and criticize players in front of the entire team.

Hermann left her coaching duties 16 years ago after players accused her of mental cruelty in a letter sent to the school’s athletic director. She took a job with Tennessee’s athletic administration before being named assistant to the Louisville athletic director. Hermann said she does not remember the letter.

At Hermann’s news conference, she was questioned by a reporter about a 1997 jury verdict that awarded a Tennessee assistant coach, Ginger Hineline, $150,000 after she was fired. Hineline said she was fired because she became pregnant, an accusation Herman denied. The reporter mentioned a video of Hermann at Hineline’s 1994 wedding saying that she didn’t want any “surprises” nine months later because it would be difficult to have a baby in the office.

Hermann responded, “There is not video, trust me.” Hermann said in a later interview that she did not remember attending the wedding, though Hineline provided the incriminating video of Hermann at the wedding. Hineline also said Hermann was a bridesmaid. Apparently catching the bouquet wasn’t very memorable either.

Check out the video from NJ.com below. 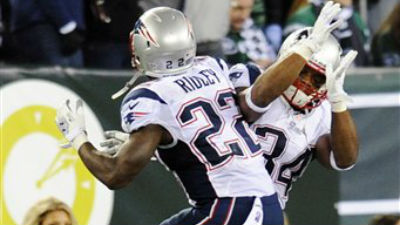