If it were up to Ryne Sandberg, many players from his era will never make the Baseball Hall of Fame.

Sandberg, who is currently the third base coach for the Philadelphia Phillies, told Barry M. Bloom of MLB.com that “tainted numbers don’t belong in the Hall.” He said that the way sportswriters voted this year for the Hall of Fame spoke “loud and clear” that illegal drugs should not be part of baseball. He said the vote was good for the future of the game.

Sandberg told Bloom that, so far, the Baseball Hall of Fame has stayed away from player with “suspicions.” There are no known steroid users in Cooperstown, but there are players that used amphetamines.

The fact that there isn’t a Barry Bonds, Rafael Palmeiro or Roger Clemens in the Hall already may not bode well for those players’ chances for making it to Cooperstown. If anything, the Hall should probably have a separate wing for known steroid users. It would seem crazy to leave some of the best players in the history of baseball out entirely, but that appears to be a distinct possibility.

It would be unfair to separate the entire steroids era because there were players who stayed clean. Players with no suspicions, like Ken Griffey Jr., Derek Jeter and Pedro Martinez, should not be punished or shoved aside because the players of their era cheated.

That’s an uncomfortable place to be tagged. That’s why they call him “Wild” Bill Wichrowski. 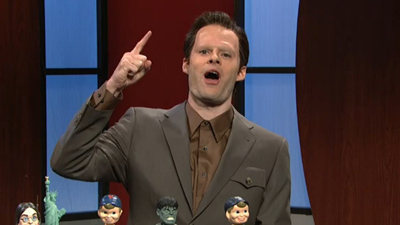