In trying to defend his teammate, Kevin Durant might actually have made things sound worse for Serge Ibaka.

Just when his team needs him most, Ibaka has disappeared offensively. His primary role is not as a scorer, of course, but the growing reliability of his mid-range jump shot and his abilities as a finisher created hope that he may be able to step up when Russell Westbrook suffered a season-ending knee injury in the first round.

Ibaka not only hasn’t stepped up, he has fallen and he can’t get up. He entered Monday’s Game 4 shooting 12-for-39 from the field in the Western Conference semifinals, following a ghastly Game 3 in which he missed two dunks and at least two makeable layups, using a conservative definition of a “makeable” layup for an NBA player.

Durant, who has played out of his mind since Westbrook went down, tried to take pressure off Ibaka by telling reporters what everybody already knows.

Ibaka’s struggles do all seem to be in his mind, but that is the problem. He does not think he is going to make those shots that Durant mentioned. He thinks he will miss not only the 15-footers, but the putback layups as well. He looks like a mess.

This is not about asking a player to do things beyond his abilities. Thunder coach Scott Brooks has not called a single clear-out play for Ibaka in this series. Brooks, Durant and the Thunder simply are hoping Ibaka can do what he has done for some time, only with slightly more frequency. Ibaka shot a career-high 58.2 percent from 10 to 15 feet this season, according to HoopData, plus a career-best 47 percent from 16 to 23 feet. Many of those looks were created by Westbrook, but Ibaka has had no shortage of those types of shots against Memphis. In fact, the Grizzlies are leaving him more open now than ever, because they do not appear to respect his shooting one iota.

In 1997, Nick Anderson literally forgot how to shoot free throws. It was terrible to watch. Through the first seven years of his career, Anderson was a versatile scoring swingman and a reliable 70 percent free throw shooter. But in the 1996-97 season, his trips to the foul line began to look a lot like those of former teammate Shaquille O’Neal, who had departed for Los Angeles the previous summer. Anderson shot 40.4 percent from the line that season — or four percentage points lower than his previous career-low shooting percentage from the field.

Anderson’s free throw clanking negatively affected other areas of his game. He became less likely to play to contact and shot less than half as many free throws per game as he had the previous season. He shot below 44 percent from the floor for the first time in his career. The Magic, counting on Anderson to step up after O’Neal’s departure, were bounced in the first round of the playoffs by the Heat that season.

So far, the latter part of Anderson’s tale has not come true for Ibaka. The Thunder big man blocked four shots and grabbed 10 rebounds in Oklahoma City’s loss on Saturday, and his 3.0 blocks per game in the playoffs are identical to his regular-season mark. Although he is still feeling his way into being a top-notch NBA defender, he has done a much better job on Zach Randolph and Marc Gasol than the lead-footed Kendrick Perkins has.

Still, such massive problems in one area are hard to compartmentalize from the rest of any athlete’s game. An individual player’s duties are arguably less segregated in basketball than in any other sport. When Tom Brady throws an interception, he can immediately study the printouts of the play’s progression while his defense is on the field. Rick Ankiel lost a lifetime of pitching mechanics overnight, and it took him years to rework himself into an outfielder. Ibaka does not have the luxury of pacing the mound to cool down or phoning up to the coordinator’s booth to get a few tips. When the wheels come off, he has to sprint back on defense.

Through all of Ibaka’s issues, the Thunder are far from dead. They have lost two out of three games in a tightly contested series in which the average margin of victory has been 4.6 points. It is a testament to Durant’s greatness that the Thunder are a few misdirected bounces from being ahead in the series.

The Thunder are asking Durant to be superhuman. That is OK, because the evidence suggests he is capable of it. All they are asking of Ibaka is remember the things that made them choose him over James Harden, and to do those things once again. It’s all in his mind. 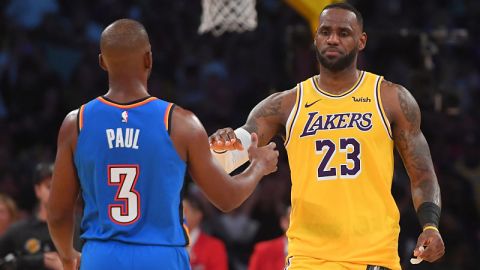 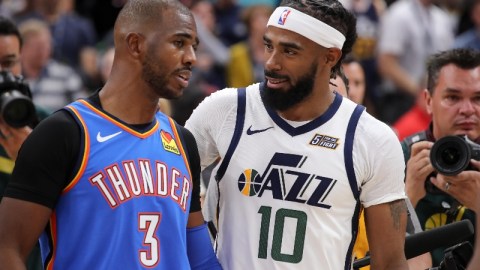 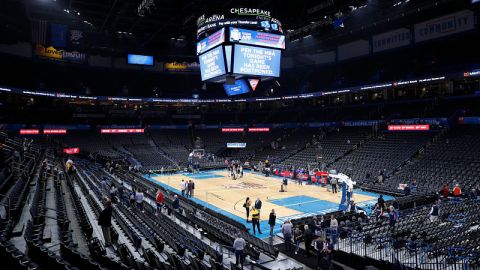