Spurs Looking Their Age in Matchup With Warriors As San Antonio's Odds Beginning to Falter - NESN.com Skip to content The San Antonio Spurs have started to show signs of vulnerability, and don?t think that fans, critics or even the NBA betting community hasn?t noticed. Can the Golden State Warriors continue to expose the crack in the veteran ball club?s armor when the series shifts back to Texas for a tie-breaking fifth game?

Through four games and a total of three overtimes, with each team splitting its home pair thus far, the Western Conference semifinal tilt has emerged as the most compelling of the playoffs thus far.

Now the Spurs, who have 10-11 odds of winning the Western Conference Championship, will have to act fast before the Bay Area bandwagon gains any more momentum than it already has. The Warriors, who came into the postseason as a No. 6 seed, have 7-1 odds of winning the conference and 20-1 odds on the NBA futures.

To put it lightly, Stephen Curry and Klay Thompson have transitioned from promising young offensive weapons into legitimate NBA stars — Spurs legacy be damned. Cue the cringes from the hordes of San Antonio fans who thought that this might be the year they take their dynasty to the next level.

Considering the predicament that the Oklahoma City Thunder have found themselves in since superstar point guard Russell Westbrook went down with a season-ending knee injury in Round 1, the West is up for grabs. Will it be the Warriors capitalizing on the opportunity?

While the San Antonio Spurs have qualified for the postseason in 23 of the past 24 seasons, won a total of 33 series and taken home four championships, the Warriors are making just their second playoff appearance since 1994.

San Antonio had a long run of postseason consistency, beginning in 1990, and was halted only in 1997 when then-franchise pillar David Robinson broke his foot. For context, Warriors guard Curry was born in 1988, Thompson in 1990 and Harrison Barnes in 1992.

This isn?t the first time that the Warriors have taken the postseason by storm, winning masses of NBA fans over with each passing long-ball. In 2007, Golden State triumphantly ousted Dirk Nowitzki and the Dallas Mavericks.

Unlike that mid-decade Mavs team, however, the Spurs have years of postseason success to draw from when handling adversity. If Gregg Popovich is half the coach NBA fans assume he is, he?ll have the veterans running like a well-oiled machine after a sloppy performance in Game 4.

This is the type of NBA playoff battle we?ve all been waiting for. 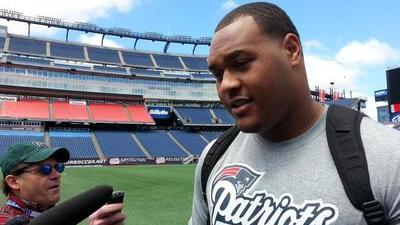