The Patriots started their voluntary organized training activities on Monday, but we will get our first glimpse of them in action during a media availability session at Gillette Stadium on Tuesday.

Brandon Spikes‘ absence was the headline after Day 1, and there is still plenty of thoughts, information and opinion to sift through on that front. But there will be much more to talk about on Tuesday, when we actually see the players practice together for the first time.

Until then, here’s a look at some of the biggest storylines to keep an eye on over the next few weeks.

Wes Welker and Brandon Lloyd, the Patriots’ two most productive wideouts from 2012, are gone, and there is an entirely new cast of characters for Brady to work with this season. Amendola is at the head of that class after signing a five-year, near-$30 million deal in free agency. He’s already spent some time working out with Brady this offseason, and expectations are high as he’ll forever be compared to Welker.

Rookies Aaron Dobson (second round) and Josh Boyce (fourth round) will also be heavily scrutinized as they try and adapt to the Patriots’ complex offense. Don’t forget about veterans Michael Jenkins, Donald Jones and Lavelle Hawkins, either. Those three could be battling it out for a final roster spot come the end of August.

Gronk underwent surgery for the fourth time on his left forearm on Monday and there is a real possibility that he’ll need an operation on his back soon as well. The recovery time could keep Gronk out until midway through training camp, making it even more imperative for Ballard to integrate seamlessly into this offense.

Now fully recovered from a torn ACL, Ballard should be able to get on the field and show off the impressive talents that made Tom Coughlin publicly berate Bill Belichick for “cheating.” Ballard had 38 catches and four touchdowns in his only season in 2011, and his 6-foot-6, 275-pound frame lines up nicely with Gronk’s. As for further tight end depth, keep a lookout for Michael Hoomanawanui and Daniel Fells, as it is unlikely that all three will make the final roster.

3. How LeGarratte Blount conforms to the Patriot Way

Blount has a long and well-documented history of behavioral issues, dating all the way back to this sucker punch in his final game at Oregon. While categorized as a loose cannon, Blount is also an extremely talented running back. Both Stevan Ridley and Shane Vereen had positive things to say about their new teammate, which is a good start. Positive first impressions are nice, but how he conforms to the Patriots’ program and a backup role will be even more important. His attitude and demeanor throughout will be a big focus as he attempts to land a roster spot.

4. Jamie Collins filling in for Brandon Spikes at linebacker

Even before Spikes decided not to attend OTAs, there was thought that his replacement may already be in house. The Patriots spent a second-round pick on Collins in this year’s draft, and he seems like just the sort of athlete Belichick wants at the outside linebacker position. Spikes is a stout run defender, that can’t be questioned, but his coverage skills could use some work. It will be interesting to see how much time Collins spends working alongside Jerod Mayo and Dont’a Hightower, and how he is acclimating alongside them.

Kyle Love and Brandon Deaderick are now in Jacksonville, meaning two of the key components to the Patriots’ defense from a season ago are gone. Offseason additions of former USC star Armond Armstead and veteran Tommy Kelly should help with the wholesale turnover on the defensive line. Armstead was a fringe first-round pick before sitting out his senior season at USC and being forced north of the border to play in the CFL last season, while Kelly has been a dominant interior lineman in the NFL for nearly a decade. The two of them should help firm up the interior of the line and provide more of a pass rushing presence alongside Vince Wilfork. But are they already in tune with the system, or will it take time?

We’ll have full coverage of Patriots OTAs here on NESN.com, so check back starting on May 21 for answers to these questions and so much more. 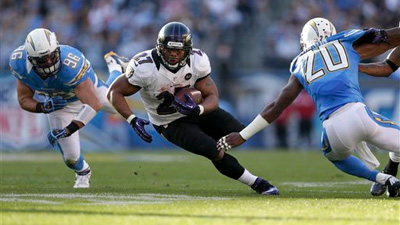