The Kentucky Derby is coming up this weekend, and plenty of people around the country will be keeping a watchful eye on who crosses the finish line first at Churchill Downs. Vince Wilfork will just have a better seat than most.

Wilfork and his wife Bianca are in Kentucky for the annual horse racing spectacle, at least according to Mrs. Wilfork’s Instagram account, and they are sporting some flashy attire in preparation of the big race.

Check out a photo of the New England Patriots’ Pro Bowl defensive tackle and his wife below. 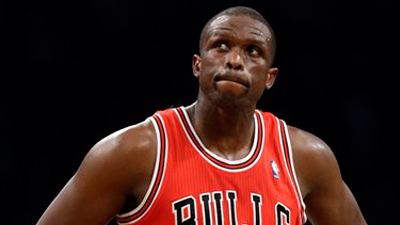 Luol Deng Reveals He Missed Game 6 After Undergoing Spinal Tap, Did Not Have Flu