The Chicago Blackhawks are a classy bunch.

The Hawks formed the customary handshake line with the Bruins after winning the Stanley Cup in Boston on Monday, but that wasn’t the only form of recognition the new NHL champs wanted to show their worthy opponent after one of the best Stanley Cup Finals in a while. The Blackhawks organization went a step further Friday (the day of their victory parade, in fact) to give one more stick tap to the Bruins.

The club bought a full-page ad in Friday’s Boston Globe thanking the Bruins for a great series — on and off the ice. The Blackhawks spared no words in describing why they wanted to give Boston one more nod.

Check it out in the photo below and click here to watch a live feed of the Blackhawks Stanley Cup victory parade in Chicago, which kicks off on Friday morning. 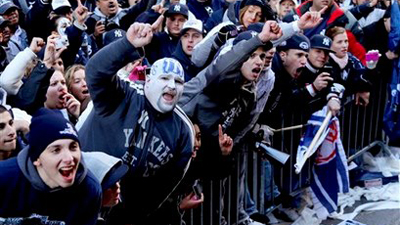