Bruins to Host Team Sendoff at TD Garden on Tuesday Before Heading to Chicago for Game 1 of Stanley Cup Final - NESN.com Skip to content

The Bruins leave for Chicago on Tuesday to begin their Stanley Cup Final series against the Blackhawks, and B’s fans will have the opportunity to send them off in style.

The team is inviting fans to show their support at an organized sendoff Tuesday morning at 10:30 a.m. With rain in the forecast, the free event will be held inside TD Garden, with the first 1,000 fans being admitted to wish their team well on its quest for a second Stanley Cup championship in three years. Those looking to attend should enter through the Garden’s East Premium Entrance.

After vanquishing the Pittsburgh Penguins in four games in the Eastern Conference finals, the Bruins will take on the Blackhawks at the United Center in Games 1 and 2 this Wednesday and Saturday before returning to Boston for Game 3 on Monday, June 17. 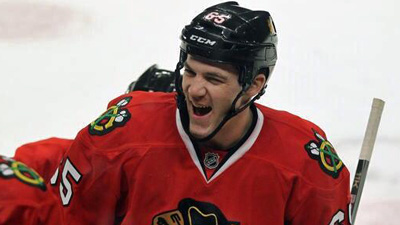 Andrew Shaw’s ‘Pest Factor Is as High if Not Higher’ Than Brad Marchand’s, Says Pierre McGuire

Report: Patriots to Sign Tim Tebow, Expect Quarterback to Be at Minicamp Tuesday