In an offseason full of surprises, perhaps the most shocking news is that there is an NFL team with more tight ends on its roster than the Patriots.

Yes, it seems very hard to believe, but the Rams have eight tight ends, while the Patriots, Packers and Texans are all tied for second most with seven. If there’s one thing we know about Bill Belichick, though, it’s that he could never possibly have enough players at the position.

That, on top of the ongoing murder investigation involving Aaron Hernandez, is why it might be wise to look at some of the top tight ends still floating around in free agency. With so much uncertainy surrounding Hernandez, it may be wise for the Patriots to take a look at some of these players, even though they have plenty of quality in-house options like Jake Ballard, Zach Sudfeld, Michael Hoomanawanui and Daniel Fells.

At this point, if Hernandez misses time, the route the Patriots would likely go is to play a tight end on rushing downs and a wide receiver on passing downs. However, that removes the unpredictability of the New England offense. There’s a reason all of these players are still available, but the Patriots have shown an ability to find a veteran diamond in the rough before.

Travis Beckum — The Patriots already have one former Giants tight end who tore his ACL in Super Bowl XLVI, so why not add another? Beckum is better suited for the “joker” role that Hernandez plays, meaning he won’t spend much time inline as a blocker, but he has the size and agility to play inside or out in more of a wide receiver role.

His best season came in 2010 when he caught 13 passes for 116 yards and two touchdowns. It didn’t help that he was buried behind Ballard in 2011 and Kevin Boss in 2010 on a team that wasn’t running a tremendous amount of two tight end sets.

Beckum was heavily used in the slot in 2010, and the Patriots already have Danny Amendola, Julian Edelman, Lavelle Hawkins and possibly Josh Boyce to man that role. But Beckum certainly has the size and straight-line ability to play outside like Hernandez did.

Beckum only played 23 snaps in 2012 before being put on injured reserve, as it looked like he never fully recovered from offseason ACL surgery. He could be worth a look in Patriots training camp, though.

Dallas Clark — This wouldn’t be the first former Peyton Manning-era Colt the Patriots have taken a look at. They’ve signed Anthony Gonzalez and Joseph Addai in the past and brought Austin Collie in for a workout this offseason. Clark also had a year under Belichick favorite Greg Schiano in Tampa Bay, where Clark caught 47 passes for 435 yards and four touchdowns. Clark managed to play all 16 games for the first time since 2009.

Clark is also similar in size to Hernandez (6-foot-3, 252 pounds), but after 10 seasons in the league and numerous injuries, he’s not the same kind of athlete. Clark was brought in for a visit last offseason, so the Patriots have shown interest before.

Like Beckum, Clark has played many snaps in the slot. But if he was asked to play outside, it wouldn’t be the first time Belichick has tried to teach an old dog new tricks.

Clark dropped just six percent of his catchable targets in 2012, better than Hernandez or Rob Gronkowski.

Evan Moore — Moore has all the size and athleticism in the world, but he’s found a very tough time sticking around in one spot during his career. He was released 14 games into the 2012 season by the Seahawks after catching just one pass and was released this offseason by the Eagles, even though it seems he would be a natural in Chip Kelly‘s offense. He was cut by the Browns as they trimmed their roster to 53 before the 2012 season.

Moore can play outside and inline at tight end, and at 6-foot-6, 250 pounds with 4.67-second 40-time speed and 7.08-second three-cone agility, one would think he would be able to stick around longer than he has.

Moore contributes very little in the blocking game, but he could serve as a great offensive mismatch if utilized correctly. He played wide receiver at Stanford and also played two years of basketball for the Cardinal.

Dave Thomas — The former Patriot might not be the most exciting option, but he has experience in Foxboro and plays the same role as Hernandez. Thomas caught 35 passes for 356 yards in 2009, but those numbers have dwindled since. Thomas caught just 16 receptions for 102 yards in the past two seasons, though he did catch four touchdowns in 2012.

Kevin Boss –– Boss doesn’t have the same athleticism as Hernandez at this point, and concussion issues have threatened his career, but he’s one of the most productive tight ends out there who is under the age of 30. Boss played just two games in 2012 and caught three passes for 65 yards and a touchdown. He’s just two years removed from a 35-catch, 531-yard, five-touchdown season that earned him a four-year, $16 million contract from the Raiders.

Adding to his receiving ability, Boss is a much better blocker than Hernandez or any of the other names on this list, especially in the run game.

Chris Cooley, Visanthe Shiancoe, Randy McMichael –– All of these names are probably unlikely, but at least worth a mention. Cooley says he’s only interested in playing for the Redskins (but if anyone can lure him, it might be the Patriots). Shiancoe played for New England last year, but didn’t last long. And McMichael has played 11 career games against New England, so Belichick has had plenty of time to scout the tight end over his 11-year career. 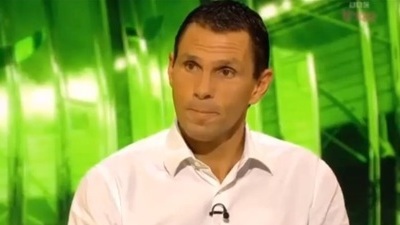