Doc Rivers Leaving Celtics Would Be Disastrous, But No Reason to Believe Coach Is Gone Yet - NESN.com Skip to content Ever since Ron Artest hit that improbable 3-pointer and Pau Gasol swiped that rebound away from Rajon Rondo in Game 7 of the 2010 NBA Finals, Doc Rivers‘ status as the Celtics’ head coach has been on a year-to-year basis.

Most people within and around the Celtics organization recognize this — the five-year contract he signed in 2011 notwithstanding — so they have gotten used to patiently waiting each summer until Rivers inevitably sends word that he will be back on the bench for at least another year. Early signs indicated that was the case again this summer, though recent reports have thrown Rivers’ return into doubt. Still, it is far too early for the Celtics to panic. Rivers, who has attended pre-draft workouts and taken part in offseason planning meetings with the Celtics, is acting like a guy who plans to coach next season.

And yet, the panic is understandable, even if it is a bit premature, because losing Rivers would be disastrous for the Celtics. It would be a far bigger blow, long-term, than watching Paul Pierce get bought out and play elsewhere, or sending off Kevin Garnett to a happy retirement. Everything for the Celtics hinges on Rivers’ return.

Players come and go, even great ones like Pierce and Garnett. Although there is no substitute for an elite player in his prime, a team’s best hope barring that single game-changing talent is a top-flight head coach. In the interim between a one-time great player’s slow descent into normalcy and the necessary retooling period, a respected coach can be valuable in smoothing that transition, and even shortening the time span it takes to get the team back up to title contention. This appears to be the stage in which the Celtics are now.

This is not about a complete rebuild, which Rivers reportedly would “pause” before signing up for. This is about the inevitable shift from Pierce, Garnett and Ray Allen to Rajon Rondo, et al. That may include Pierce and Garnett for another year or so, making massive moves to try for a short-term turnaround now or biding their time for a year until Rondo, Brandon Bass and Jason Terry become expiring contracts in 2014-15. Whatever path Celtics president of basketball operations Danny Ainge chooses, the Celtics are not necessarily doomed to a repeat of the bad old days of the late 1990s.

Without Rivers, however, those worries become more reasonable. It is no secret that Boston has never been a top free agent destination. As recently as 2007, Garnett was said to be hesitant to come here, and not merely because the Celtics struggled on the basketball court. Since Rivers became coach, though, middle-tier free agents have lined up to play in green. Terry and Courtney Lee are the most recent to accept below-market value to sign with the Celtics, while Garnett and Rondo have made it loud and clear that they do not want to play for any other coach. When players now say they want to play for the Celtics, what they really are saying is that they want to play for Rivers.

Whether Pierce or Garnett stay or go may be an intriguing talking point, but Rivers’ status is ultimately the bigger concern for the long-term future of the Celtics. Rivers may say he is burned out and need some time to detox after each season, but he is still only 51 years old and far from the end of the line as a coach. George Karl, 62, reigning NBA coach of the year, and Gregg Popovich, 64, currently guiding the Spurs to a potential fifth championship, have proven Rivers has at least another decade of great coaching ahead of him. For all anybody knows, Rivers could go year-to-year for the Celtics for the next 14 years and hang multiple banners at TD Garden. That whole year-to-year thing worked pretty well toward the end of Phil Jackson‘s tenures in Chicago and Los Angeles.

Of course, look what happened to the Bulls and Lakers after Jackson’s departure. While the dearth of on-court talent didn’t help, no Tim Floyd or Mike Brown will fill the void left by Rivers in Boston. It’s too early to assume Rivers won’t be back coaching the Celtics next year, but it’s not too early to worry about what awaits the Celtics if he is not. 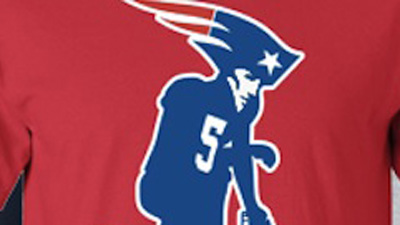 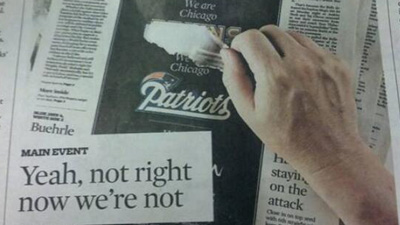