Aaron Hernandez admitted to NFL teams during the 2010 draft process that he had failed drug tests while at the University of Florida. Media reports right after the draft took that number closer to six.

Now, amid all the speculation surrounding Hernandez’s past, Florida athletic director Jeremy Foley has finally come out in response to the reports of the Gators’ negligence, according to Al.com.

“The information from the NFL sources is wrong,” Foley said on Tuesday.

The initial reports of Hernandez’s numerous failed tests came from sources in a story published in the Boston Globe immediately after the draft in 2010. A recent story from Sports Illustrated backed up that assertion.

Foley still denies the allegations and stands by the school’s policies.

Foley’s No. 2, Steve McClain, who is Florida’s senior associate AD, seconded that story, saying outright “I would go on record saying he didn’t fail six drug tests [at Florida].”

Failed drug tests are the least of Hernandez’s worries right now, though, as he’s been directly connected to a murder investigation in his hometown of North Attleboro. Police have searched Hernandez’s home twice, leaving with multiple bags of evidence, but nothing concrete about his involvement has yet been released. 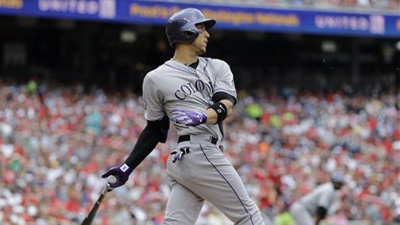