NEW YORK — Arizona pitcher Ian Kennedy was suspended for 10 games and Diamondbacks infielder Eric Hinske for five Friday for their roles in a brawl this week, while managers Don Mattingly and Kirk Gibson were given one-game bans.

He cited Kennedy for intentionally throwing a pitch at the head of Zack Greinke after a warning had been issued on Tuesday night and Hinske for leaving the dugout and “aggressive actions.” Mattingly was penalized for his conduct and Gibson for Kennedy’s actions following a warning.

Mattingly was to serve his penalty during Friday night’s series opener at Pittsburgh and Gibson during Arizona’s game at San Diego. McGwire was to miss games Friday and Saturday.

If players appeal, their penalties are held off until after hearings and decisions.

Kennedy hit Puig with a pitch that deflected off his back to his nose in the sixth, and Greinke hit Montero on the back in the seventh, drawing a warning from umpires. Both teams charged onto the field, but the scrum broke up quickly with no punches thrown.

Kennedy then hit Greinke on the upper left shoulder in the bottom half of the inning, and the ball deflected off his helmet. A prolonged and more heated scuffle ensued against a railing on the first-base side.

Kennedy, Gibson and Diamondbacks coach Turner Ward were ejected after the shoving match. Puig, McGwire and Belisario also were tossed.

Mattingly had to be restrained as he tried to get at Gibson, and they exchanged words briefly. McGwire and third base coach Matt Williams grabbed each other’s shirts in a tense standoff and shouted at each other. 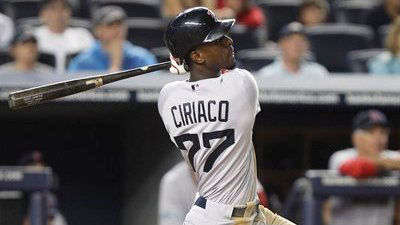