The Bruins knew what they were getting when they acquired Jaromir Jagr at the trade deadline back in April, or so they thought. Jagr was expected to come to Boston and kick-start the offense and power play while likely adding little in the other two zones.

For the most part, that narrative has been fairly true, although the Bruins would have probably liked to get more out of Jagr in terms of production. And while he hasn’t been a totally liability in his own end, Jagr certainly didn’t make a late push for the Selke or anything like that.

However, Jagr’s biggest contribution to the Bruins may have come without the puck, in the neutral zone, while playing defense. It was Jagr who was able to wrestle the puck away from Evgeni Malkin (perhaps with the help of a slight hook) in front of the benches late in double overtime to spring the Bruins seconds before Patrice Bergeron‘s game-winning goal.

“Yeah, I think he’s got that experience, I guess, to always be at the right place on the ice, and on that play it’s just a perfect example that he’s buying in and he wants to help in any way he can,” Bergeron said of Jagr.  “And that play right there, we don’t get a goal if he doesn’t make that play.”

Bergeron’s game-winner capped a long night of hockey for the 41-year-old Jagr, who now has three points in his last two games. His 26:35 of ice time in Game 3 was the most he’s played since all the way back in April 2007 with the Rangers.

Some quietly wondered if Jagr, a future Hall of Famer with two Stanley Cup rings and one of the most decorated resumes in hockey history, would really buy into what the Bruins were trying to do. At this point, what does another Stanley Cup mean to Jaromir Jagr? He showed Wednesday night what it apparently means to him, and his teammates are certainly noticing.

“Yeah, I think it just explains that everyone is buying in, everyone is doing everything in order to get the success and to get the wins, and it doesn’t matter what it is and who it is, and Jags is a perfect example,” Bergeron said. “He’s pretty much a legend, he’s a guy that’s going to be in the Hall of Fame at some point, and he’s doing the little thing right there just to fight for the puck, and you notice that as a teammate, and it goes a long way, as I said, and we all need to do that.”

Maybe the Bruins didn’t get the Jagr everyone expected they were getting, and maybe that’s actually turning out to be a good thing. Jagr is not only buying into the mission — to win another Stanley Cup — but he’s also buying into the system. For someone who’s gotten the reputation of wanting to do his own thing over the years, that says a lot about where he’s at as a player right now.

“He?s changed his game a bit obviously not only as the years have gone on, but coming to our team,” Andrew Ference said. “I think that guys have a lot of respect for obviously who he was in the past, and I think now seeing how hard he pushes himself to be better and how he?s not too good to develop into what we need him to be. Guys really respect that. A couple of huge plays that he made that are grinding it out on the wall, and that?s not going to make any of his highlight reels when he?s inducted into the Hall of Fame, but those are huge plays to win hockey games for us.”

The Bruins are now just five wins away from a Stanley Cup, and that might find its way onto Jagr’s highlight reel, no matter how he gets there. 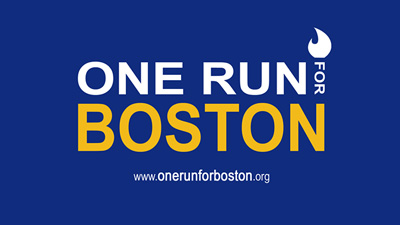 One Run for Boston Will Be First Nonstop, Coast-to-Coast Relay Ever Attempted