LeBron James, Heat Set to Square Off With Spurs in Battle of Superstars Versus System - NESN.com Skip to content So much has changed since LeBron James and the Spurs last faced off in the NBA Finals. And yet, so little has.

For James, the jersey is different and his supporting cast has a few more recognizable names. For the Spurs, Tony Parker is still their best player and Tim Duncan is still the team’s rock, but Kawhi Leonard has displaced Manu Ginobili as the most important tertiary star and Michael Finley, Bruce Bowen and Robert Horry are gone altogether. The Heat are the defending champions and the favorites, rather than the upstarts the Cavaliers were back in 2007.

At the most basic level, however, the story is the same. The Spurs are still the embodiment of a system, maximizing each player’s individual gifts by inserting them into the effective whole. James is still the superstar, and while Dwyane Wade and Chris Bosh will never be confused with Larry Hughes and Zydrunas Ilgaukas, both Wade and Bosh appear to be past their superstar primes. This will still be a battle of team versus star. Once upon a time, the star was not good enough to beat the team on his own. This time, he might be.

Everyone on both sides will say all the right things over the next four to seven games, and all of it will be honest. The Spurs will express respect for James, while the Heat will demonstrate none of the arrogance they displayed toward the Pacers for having the temerity to push them to seven games in the Eastern Conference finals. When the Pacers tied the Heat three times in the series, James and Wade scoffed that the challenge motivated them. Against the Spurs, they will not be so bold, because the Spurs might challenge the Heat right into elimination.

On some level, the Heat might be considered the deeper team, since the Spurs are heavily reliant on Parker to generate offense. Wade flashed some of his old scoring flair with 21 points in Miami’s Game 7 win over the Pacers, and Ray Allen finally found his stroke in the win as well. By contrast, Parker actually owns the highest scoring game in these playoffs of any player taking part in the finals. Perhaps this should be characterized as Parker against the Heat, not James against the Spurs.

Watching both teams play reveals the flaw in that logic, of course. Bosh and Wade may be recognizable names, but like every member of the Heat, they are beholden to what James can create for them. Wade’s offensive outburst in Game 7 was made possible by James assuming the load of defending the Pacers’ Paul George, who had torn apart Wade through the first six games. Freed of that defensive responsibility, Wade was able to preserve his energy for the offensive end. At the same time, Bosh seems to have completely forgotten how to create his own shot, while Shane Battier, Norris Cole and Mike Miller are totally reliant upon James to get them open by drawing the defense’s attention. James does not operate within Miami coach Erik Spoelstra‘s system — James is Spoelstra’s system.

On the Spurs’ side, focusing on Parker’s point total as the reason for their success is like crediting a golf driver’s large face for its towering drives. So much goes into the club’s design, from weighting to loft to shaft flexibility, before the face ever hits the ball, and so it goes for the Spurs. Coach Gregg Popovich gives Parker the structure and freedom to be great on offense, entrusts Duncan with anchoring the defense and places Leonard and Danny Green in positions to utilize their developing skills while placing Ginobili in position to utilize his declining ones.

As Popovich, one of the best coaches in all of sports, will remind everybody thought the series, players determine outcomes. The system can tell Leonard how to defend James or instruct Duncan on how to capitalize on Miami’s thin frontcourt, but the players’ execution will determine whether San Antonio is able to effectively constrain the superstar.

The Heat tried one year to pigeonhole James into a system. It ended with a loss to Dirk Nowitzki and the Mavericks in the finals. A year later, Spoelstra learned and rebuilt his system around James, leading to last year’s championship. In essence, the Heat’s own system turned out to be the last one that could keep James from fulfilling his full potential. If such another system exists, the Spurs are the last, best hope to have it. 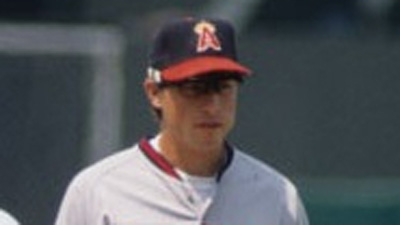 Red Sox Academy: Gary DiSarcina on Turning a Double Play as a Shortstop