Mark Sanchez has some competition for the Jets’ starting quarterback job yet again this offseason, but this time he seems pretty stoked about it.

The Tim Tebow experiment backfired miserably on both Sanchez and the Jets in 2012, but the competition with rookie Geno Smith appears to be having a positive effect on Sanchez.

?I?m having a great time,? Sanchez said last week. ?I?m in an awesome situation. I?m the luckiest guy in the world. That?s how I always feel. I just have a positive attitude. I?m trying to bring those guys along, get guys working hard, study my butt off and prepare each day. Whether it?s a competition or whatever you call it, I?m going to be ready. I?m going to give it my best, feel good about it and move on. Anything on the outside, I just can?t help. We talked about it last week, whether it?s criticism about this or that, or what you?re wearing or who you?re seeing, who cares? Honestly, who cares??

The “what you’re wearing” comment might be in reference to some criticism he received after wearing a bright green headband during a meeting with the media earlier this offseason. As for the competition, Sanchez is used to it by now.

?I?ve competed my whole life,” Sanchez said. “Whether it was in high school or college, beating out other quarterbacks my first year here playing with Kellen [Clemens], that?s all I?ve known. So this is nothing new. It?s nothing big or scary. I?m just being myself and doing my very best, and that will be good enough.”

Sanchez’s best wasn’t good enough last season as the Jets finished with a disappointing 6-10 record. Even so, he’s still the favorite to start for the Jets come Week 1, according to Rich Cimini of ESPN.com. Cimini writes that Smith hasn’t done anything to wow Jets decision-makers this offseason, giving Sanchez the inside track to the starting job.

It doesn’t really matter whether Sanchez or Smith starts under center for the Jets this season, seeing as the Jets are in full rebuilding mode. But Sanchez’s positive attitude and renewed confidence is at least a moral victory for Rex Ryan‘s team, which might be the only kind the Jets get this year. 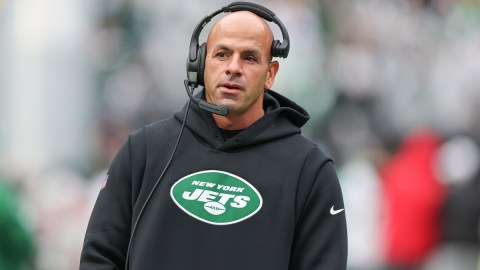 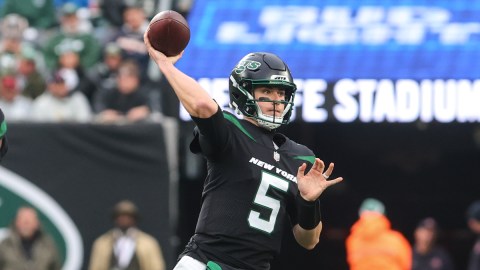 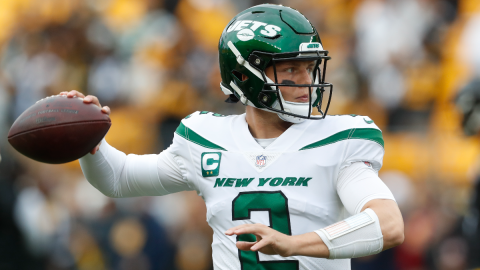