Now, this is something that you don’t see everyday.

The Lehigh Valley IronPigs are taking the ballpark giveaway game to another level. The Phillies Triple-A affiliate is offering up a free funeral this summer to one “lucky” fan who submits an essay about what their “dream funeral” would include.

The fan who wins is promised a free funeral or memorial service by Reichel Funeral Home, which is the business behind the “Celebration of Life” night at Coca-Cola Park.

“The best fans in Minor League Baseball deserve the opportunity to win a once-in-a-lifetime giveaway,” IronPigs general manager Kurt Landes said in a statement. “Unquestionably, this is the most highly-coveted ‘out-of-the-box’ promotion in IronPigs history.”

The prize package includes a casket, professional services of a funeral director and staff, body removal, embalming or cremation, hearse and facility for funeral services, wake or viewing. 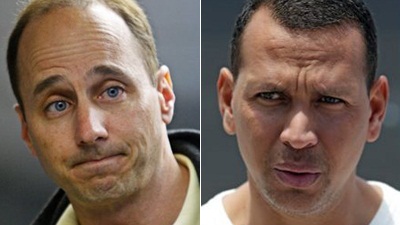 Report: Alex Rodriguez Thinks Yankees Are Delaying His Return to Save Millions Through Insurance