The pressure is mounting for both Will Middlebrooks and Stephen Drew.

Middlebrooks, whose average is hovering around the Mendoza Line, has been a disappointment in his second big league season. His plate discipline has been poor, his defense has been suspect and a stint on the disabled list took away any momentum he started to generate at the dish. Yet despite it all, Middlebrooks? job has never really been in jeopardy until now, simply because the Red Sox didn?t have any other viable third-base options.

Drew, on the other hand, has had his moments. The overall product hasn?t been all that impressive, though. So while his grasp on a starting job might be a little bit stronger than Middlebrooks?, Drew isn?t exempt from the added demands of the Red Sox? current situation.

Jose Iglesias, in addition to being a sensational defensive shortstop, has shown he?s more than capable of manning the hot corner. In fact, his quick release has helped him on a number of plays in which he?s charged in from third base this season. The surprise, obviously, is that Iglesias continues to be an offensive force. And while some regression is inevitable, his overall emergence was enough for the Red Sox to designate Pedro Ciriaco for assignment on Monday and to eventually trade the utility man to the Padres on Friday. Ciriaco?s departure makes it clear — if there was even any doubt — that Iglesias is here to stay.

Iglesias? long-term presence and production clearly adds pressure to both Middlebrooks and Drew. John Farrell wants to plug Iglesias into the lineup three or four times a week, which unavoidably cuts into the playing time of Middlebrooks and/or Drew, and the skipper might have no choice but to play Iglesias even more if he keeps giving the Red Sox a spark at the bottom of the order. Essentially, we have an intrasquad competition ongoing and Iglesias is the only one producing, meaning Middlebrooks and Drew could be left going toe-to-toe for a spot in the lineup.

Iglesias? newfound stranglehold on a big league roster spot isn?t the only development that should have Middlebrooks and Drew looking over their respective shoulders, though. The Red Sox? top prospect, Xander Bogaerts, just made the jump from Double-A to Triple-A, where he?s expected to bounce around the infield a little bit.

Bogaerts will probably stick around at Triple-A for a while unless something unforeseen forces him to the majors. But if he keeps smacking baseballs all over minor league ballparks, it?s not crazy to think that Bogaerts could find himself with the Red Sox at some point in 2013.

Even if Bogaerts doesn?t arrive in The Show by year?s end, or even if his call-up comes only when the rosters expand in September, he?s still knocking on the door — something that wasn?t the case a few weeks ago. The 20-year-old probably isn?t ready to burst onto the scene yet, but knowing that Bogaerts — who is expected to play shortstop, third base and second base during his time with Pawtucket — is just a phone call away should be enough to light a fire under both Middlebrooks and Drew.

Middlebrooks and Drew still figure to be key components of the Red Sox? potential success this season. However, it?s obvious that they need to up their level of play. Perhaps a little extra pressure, by virtue of knowing who?s waiting in the wings, will help each player reach his potential going forward. 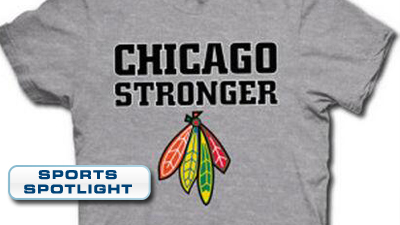