Major League Baseball made news this week in the Biogenesis scandal when reports arose that the league is looking to suspend about 20 players who are said to be connected to the South Florida anti-aging clinic, which has been accused of distributing performance-enhancing drugs.

But that process would have never begun without the help of Biogenesis owner Anthony Bosch, who the New York Daily News now reports chose to side with MLB after his first plan — getting Alex Rodriguez to help him financially — fell through.

MLB moved quickly after reports first appeared that Biogenesis had sold performance-enhancing drugs to players, filing a lawsuit against the clinic and Bosch. Reports indicated that Rodriguez was among the players involved in the investigation, and Rodriguez was said to have tried to buy documents that implicated him in the scandal.

“When Rodriguez rebuffed Anthony Bosch’s request for money, believed to be in the hundreds of thousands, the self-styled ‘biochemist’ turned to a strange bedfellow — MLB,” the Daily News reports. “‘A-Rod refused to pay him what he wanted,’ said a source. ‘Baseball was worried about that.'”

MLB thought it had to move quickly to get Bosch’s help before he tried to get money from other players, the Daily News reports.

“Bosch is the only guy that can provide them with what they need,” the Daily News reports a source as saying.

The documents kept by the clinic, which were originally reported by the Miami New Times, implicate “nearly two dozen” players. Bosch is prepared to offer “damaging information” about Rodriguez and 2011 National League MVP Ryan Braun, who had a positive MLB drug test overturned, the Daily News reports.

The players union has said it will defend the accused players. The union is also likely to go after Bosch and his deal with MLB, which includes getting rid of the original lawsuit, taking care of Bosch’s legal bills and protecting Bosch from further prosecution. Bosch is under scrutiny from the Florida Department of Health, which has told him to stop saying he is a doctor.

Bosch previously denied the allegations of distributing performance-enhancing drugs, calling himself a “nutritionist” on ESPN. 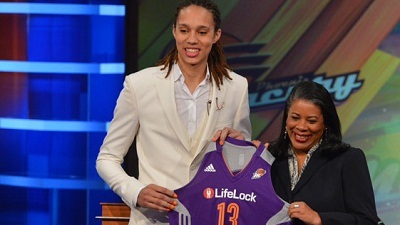