If Monday’s reports prove accurate, the Tim Tebow circus is about to begin in Foxboro.

But unlike Tebow’s highly publicized competition with Mark Sanchez in Jets camp last summer, it is an undeniable certitude that Tebow will not be the starter under center for the Patriots this season. In fact, he may not be playing quarterback at all.

Mike Freeman of CBSSports.com cites a source saying that New England’s plan is for Tebow to “study a great deal at tight end,” where he would learn from two of the NFL’s best in Rob Gronkowski and Aaron Hernandez.

Tebow’s surprising playoff run with Denver during the 2011 — which ended abruptly with a 45-10 beatdown at Gillette Stadium in the divisional round — led many to argue that his unorthodox and mechanically flawed approach to quarterbacking could indeed yield a successful NFL career. Last year’s dismal season in New York led all but the most ardent of Tebow supporters to abandon ship, though, as he attempted just eight passes and saw limited time on the punt team even while Sanchez struggled mightily in the starting role.

Tebow has the body type and mobility to fill a tight end/H-back role, but he would need to adjust to playing a brand new position seamlessly if he hopes to see time in the Patriots’ sophisticated offense. In the meantime, Tebow will likely serve as the third-string quarterback behind Tom Brady and Ryan Mallett, though it certainly wouldn’t be surprising if Bill Belichick and Josh McDaniels — who drafted Tebow in the first round in 2010 — find ways to utilize him in specialty situations.

Update: SportsCenter tweeted Monday afternoon that the Patriots are expected to keep Tebow at quarterback, not find him a new position. So, there’s that.

Rajon Rondo Admits He Is Hard to Coach, Would Not Want to Play for Anyone But Doc Rivers 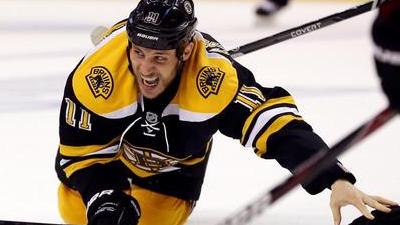 Report: Yankees Had Picture of Gregory Campbell in Draft Room as Example of What to Look for in Players